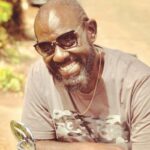 ~ Political talks begin with USP, and incoming UP MP.~

PHILIPSBURG:— The Council of Ministers officially suspended the Managing Director of the Princess Juliana International Holding Company Dexter Doncher. Doncher was informed of the suspension by letter late Wednesday night after the Council of Ministers held an emergency meeting and voted. Dexter Doncher was given a warning letter two days prior to the three months suspension.

The Council of Ministers wanted to fire Doncher who followed the instructions of the government to officially dismiss the Chief Executive Officer (CEO) of Princess Juliana International Airport, Brian Mingo on April 7th. ...