Willemstad/ PHILIPSBURG:— The Inspectorate in Curacao intends to inform Dr. Patrick Fa Si Oen that he can no longer practice as a surgeon in Curacao.  Information received from well-placed sources said that Fa Si Oen will get the official letter on Wednesday. Also on Wednesday, the management of SEHOS intends to meet with their Supervisory Board. It is expected that the Inspectorate will deliver its decision before SEHOS makes their decision known to the general public.
The managing board of SEHOS already took a unilateral decision to terminate Fa Si Oen working agreement with SEHOS since he was not able to produce a registration from Belgium. One of the things SEHOS had to take into consideration is the advice they obtained from Medirisk — their insurance company. The unions and surgical board of SEHOS will also be meeting at 6 pm on Tuesday where all specialists others will be informed of the decisions taken against Dr. Patrick Fa Si Oen. It is expected that FA Si Oen will not only continue to broadcast what he believes is right in the Curacao media but he will also head to court to fight an un-winnable battle.
Dr. Patrick Fa Si Oen will be allowed to practice as a General Practitioner (GP) since he is registered in the Netherlands as a GP.
It should be noted that Dr. Patrick Fa Si Oen has been practicing as a surgeon at SEHOS for the past 14 years and his registration issues only came to light when he himself tried to register in 2014 but was denied. Just recently Fa Si Oen and SEHOS were informed that Fa Si Oen could not practice as a surgeon. The moment that was communicated to SEHOS they immediately sent Fa Si Oen on a two-week mandatory vacation. To date, Fa Si Oen is not working at SEHOS. Several phone calls to the office of the Inspectorate went unanswered on Tuesday as SMN News tried to obtain an official comment on the outcome of the Fa Si Oen investigation. As soon as SMN News receives a confirmation and more information on the case this article will be updated.

Source: St. Martin News Network
EXCLUSIVE:— Curacao Inspectorate intends to stop Patrick Fa Si Oen from practicing as a surgeon in Curacao and other countries within the Kingdom — Reliable Sources.

July 5, 2022
0
PHILIPSBURG/MARIGOT:--- From Havana to Port of Spain, Caribbean lit fests and other cultural activities are inching back to life as countries and territories of...

July 5, 2022
0
PHILIPSBURG:--- The TelEm Group Personnel Association “FUN Raiser” that was hosted on TelEm Group premises Sunday, June 26, 2022, raised a staggering $4,615.00 thanks to the enthusiastic participation of the general public and the volunteer assistance of TelEm Group...
Read more 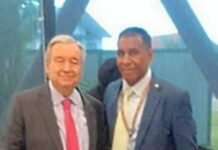 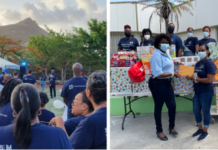 July 5, 2022
0
PHILIPSBURG:--- Since February 2022 there have been reports of Long-spined sea urchins (Diadema) die-off from a number of islands in the Caribbean, including St....