PHILIPSBURG:— The former Supervisory Board of Directors of the GEBE chaired by Rene Richardson conducted an internal audit on the Head of the Audit Department Sharine Daniel in June 2015 which was done by Price Water House Coopers (PWC).
The detailed report which was submitted on June 15th, 2015 outlined the selection process which was conducted to hire someone to occupy the position as head of the audit department. Some 10 persons were interviewed and while those that conducted the selection process selected a suitable candidate for the position the former members of the SBOD had a different opinion and they hired Sharine Daniel instead of following the advice given by the selection committee.
During the negotiations, Daniel demanded a salary she claimed to have been receiving in the United States. The salary offered to her then based on her demands was that of a scale 13 while her job function is a scale 11. Daniel was supposed to receive Naf 13, 118.00 per month while she would be required to pay 23% of her earnings. The report stated that after receiving her first salary Daniel noticed that some 47.5% was deducted from her salary which made her quite unhappy. Daniel then wrote a letter to the President of the Managing Board who then decided to renegotiate her contract and gave her an increase raising her salary to Naf. 15,991.00, a scale 15 salary. By January 2015 Daniel salary climbed to Naf 17, 137 gross, which the report clearly states it’s a salary for a scale 15 employee while Daniel is a scale 11 employee, which means Daniel was not entitled to a yearly increase yet she received a lumpsum of NAF 8,568.50 (half of her salary) in January 2015
Besides the high salary, Daniel received housing allowance which amounts to Naf. 874.90 per month as per February 1, 2014, over a period of time.
GEBE paid Sonesta Great Bay Beach Hotel USD $13, 241,62 for the period June 2013 to February 17th, 2014. Daniel also received a car allowance based on her labor agreement. In April 2014 GEBE purchased a vehicle and granted Daniel a car allowance of NAF 500.00 which was factored into her salary. While company vehicles are only for managers Daniel was provided with a vehicle based on a decision taken by the former SBOD headed by Julius Lambert.
Daniel also received representation allowances, relocation allowances, and a study agreement whereby the company decided to pay USD $65.000.00 per year for her to study Doctor of Business Administration.
It is important to note the amount of monies this individual is taking home every month and how much monies GEBE spent on this particular employee over the three years she worked at the company.
What is amazing is that Daniel chose to sign a contract with GEBE agreeing to a NAF. 2,000.00 salary cut and then chose to take the company to court.
The current SBOD took a decision to fire Daniel if she did not withdraw the court case, but during the hearing granted to her two weeks ago some members of the SBOD decided to back pedal due to political pressure, and have now decided to do further research to see what is the salary and benefits of employees holding her position in the other Dutch territories are receiving before they take a final decision.
The decision of the current SBOD and political influence that allows Daniel to continue to bleed the company while she is not doing the job she is expected to do and the company had to re-hire BDO to get the job done.
SMN News learnt that Daniel has been blackmailing some persons on the board, one regarding the local representation on St. Maarten for Wartsila. Besides that, it is further understood that she got her hands on compromising information on the current HR manager.
Employees of GEBE are outraged at the kind of monies being paid to Daniel while she has been considered a “cancer” to the company. Sharine Daniel got several employees fired for misusing the companies funds, credit cards, and bonds, but somehow the former SBOD who went after the employees she audited chose not to use the audit report compiled by PWC on their request. 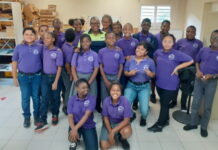 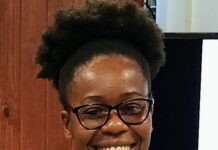