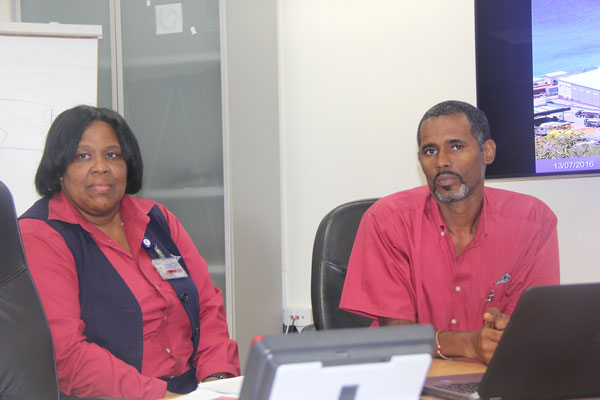 PHILIPSBURG:— The Supervisory Board of Directors of GEBE appointed two interim Temporary Managers to the operational board to replace Andrew Zaggers in his absence.
The two persons that were appointed are the commercial manager Iris Arrindell and the Production manager of GEBE power plant Kenrick Chittick.
In an invited comment Chairman of the Supervisory Board of GEBE Roy Marlin said the two persons were appointed to replace Andrew Zaggers when his absent from work.
Marlin said the Supervisory Board had to have people in place to take decisions in case Zaggers is not on the job. He however, made clear that the Shareholder representative has not yet been informed of the decisions that were taken because there is still some administrative work that has to be completed for the these two persons who will take up their positions when necessary.