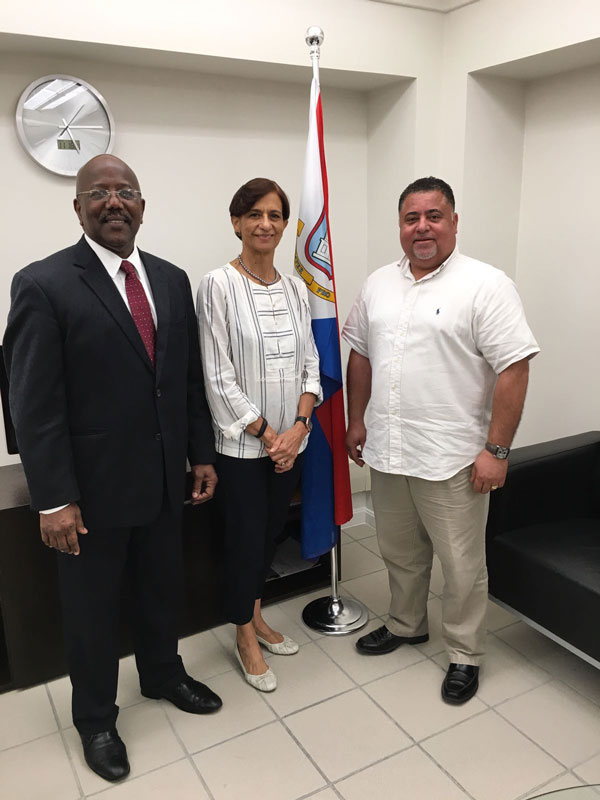 PHILIPSBURG:— The Attorney General for St. Maarten and Curacao submitted its report on the candidate ministers that were submitted by the formateur who was appointed by Governor Eugene Holiday one day after the September 26th parliamentary elections to form the new government. SMN News has been reliably informed that the Attorney General completed its report and turned it over to the formateur.
Well-placed sources told SMN News that leader of the UPP Theodore Heyliger did not pass the screening because of some type of investigation which began since 2013, the source also said that besides the unpaid taxes by the wife of the deputy leader of the UPP Frankie Meyers he too did not pass the screening process.
At the moment the current coalition which was formed by the NA/ UPP has another option which is to submit names of other candidates for the various candidate ministers that did not pass the screening process. So far the formateur did not make any statements as to whether or not new candidates were submitted in order to maintain the current coalition agreement.
SMN News further learned that the National Alliance, United St. Maarten Party and the Democratic Party signed a coalition agreement and they intend to continue as the Red, White and Blue coalition government. The National Alliance who obtained five seats was given the Ministry of General Affairs (Prime Minister), Ministry of Finance, Ministry of Education, Youths and Sports, VROMI and the Minister of Plenipotentiary while the USP headed by Frans Richardson was given the Ministry of Justice, TEATT and Deputy Prime Minister. The Democratic Party they got the Ministry of VSA, Chairperson of Parliament, and deputy Minister of Plenipotentiary. Governor Eugene Holiday had given formateur Marlin up until November 8th 2016 to present his final report, while Marlin said in previous press conferences that he was awaiting the screening results from the Prosecutor’s Office and VDSM to finalize his report for the governor, eight days later the people of St. Maarten still cannot get any solid information from the governor on the installation of the Ministers that were submitted for screening.