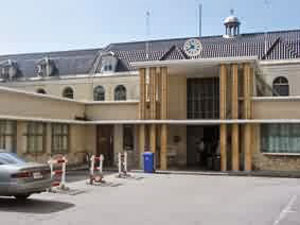 WILLEMSTAD:— The Board of Directors of St. Elizabeth Hospital (SEHOS) is currently investigating a case which involves several surgeons. SMN News understands that one of the surgeons was placed on non-active duty pending the outcome of the ongoing investigation.
During the investigation which began earlier this month the hospital discovered that a surgeon identified as Patrick Fa Si- Oen has been practicing in Curacao and working at the St. Elizabeth Hospital for the past 14 years but he has never been registered as surgeon in Belgium nor the Netherlands as a qualified surgeon. The St Elizabeth Hospital will have to take the necessary measures such as revoking his admittance agreement for the ‘quack” Patrick Fa Si Oen.
At least one registered surgeon has been placed on non-active duty pending the outcome of the investigation in the case where a patient who had visited the Emergency section of St. Elizabeth Hospital on December 26th 2016 with severe abdominal pains and was admitted to the hospital but was not seen by any specialists. Information SMN News gathered showed that it appears as though there was some sort of gross communication failure since the registered surgeon was at the hospital when the patient arrived there and was busy with another patient that was in critical condition in surgery. SMN News further learned that the surgeon assistant on duty admitted the patient and placed her in the care of the surgeon that was in surgery with another patient and did not inform him.
The director of SEHOS Dr. Franke Scheper has since placed one of the surgeons on non-active duty while he called in two medical auditors from the Netherlands to investigate and analyze the case before the Inspectorate of Health is called in. The two auditors are expected to arrive in Curacao early next week.
The Inspector of Health Gersji Pereira said in an invited comment that he is aware of the case but so far his department is not yet involved as the hospital has taken the lead in the investigation.
Dr. Pereira said he is looking in from the outside and when the audit is completed and the reports are submitted to his department he will take appropriate action.
SMN News contacted the medical director of SEHOS Dr. Franke Scheper for a statement on the suspension of the registered surgeon and the un-registered surgeon that have been working at SHEOS for over a decade, but Dr. Scheper promised to give a comment but later refused to answer his telephone, instead a female answered his telephone and claimed she was Dr. Scheper’s sister and wanted to know the nature of the call.
Just recently a calamity occurred at SMMC and the patient was flown to SEHOS for treatment. However, SMMC never took responsibility or even admitted they had a case of calamity that almost took the life of a young woman, instead they pushed it under the preverbal carpet and to date has not taken any actions against those that were involved in the case of gross negligence.