Home Local News EXCLUSIVE: Over NAF.200M dug out of AOV Funds, Minister of VSA should... 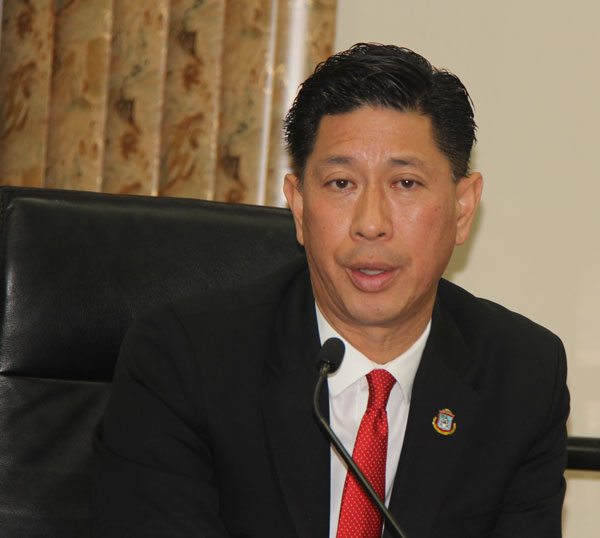 PHILIPSBURG:— The Minister of VSA Emil Lee needs to save his excuses for the Federal Detectives when they knock on his door for explanations about the over NAF200M that is scheduled to be spent from the AOV funds and possibly other accounts managed by USZV, while proper legislation is not in place. Already a huge portion of that amount was spent on the Government Administration Building, the tripartite, “KMPG” and Representative of Royal Haskoning DHV, and legal advisors. Bear in mind all of this was done when there is absolutely no law in place that would allow the director of USZV to spend the AOV funds and possibly other funds . It should also be noted that while the Minister with the consent of the Governor appointed the director retroactive to 2014, at least one year and seven months before this director was screened, not only that the LB given to the director is indefinite while the screening  is only valid for a period of five years. While all of the above is illegal, the Minister chose to appoint a director without giving him a performance contract which is mandatory by law.
At the same time the Minister of VSA Emil Lee and USZV director Glen Carty who has the responsibility by law to access to all USZV funds did what they wanted instead of following the letter of the law. Let it be clear that while the Minister chose to leak unsubstantiated information to one newspaper to save his credibility, SMN News like always posted the tender documents and terms of reference regarding the tender for the new hospital. That would then give the cheap scum so-called journalist at the TODAY Newspaper the opportunity to write a news item on what concerns St. Maarten and its people and not his personal views based on the spit he got in his mouth from the Minister on Monday. Moreover, the Today Newspaper has to now provide the law or legal framework that allows USZV to create subsidiary companies.
While SMN News has published the tender documents and terms of reference we urge the copy and paste journalist to visit USZV website (USZV.SX) where he will find all information as to when the contract was expected to sign which stated August 30th, 2016, while the tender states August 31st. The crap commentary is an excuse to the people now that the Minister and the director find themselves in hotwater and they are not able to sign off on any contract on Tuesday or Wednesday.
Besides the excuses and lies the Minster and his project team including the director of St. Maarten Medical Center (SMMC) fed the people, they should explain if the presentation they claim was made on Saturday, August 6th to the SBOD of UZSV was done. The Minister and the director of USZV should also go into explaining if he got written permission through a law or legislation to touch the monies at USZV and to transfer it to private entities.
Based on the documents that are under this article it clearly states that USZV will be 100% owner of the hospital and it will be leased to SMMC. 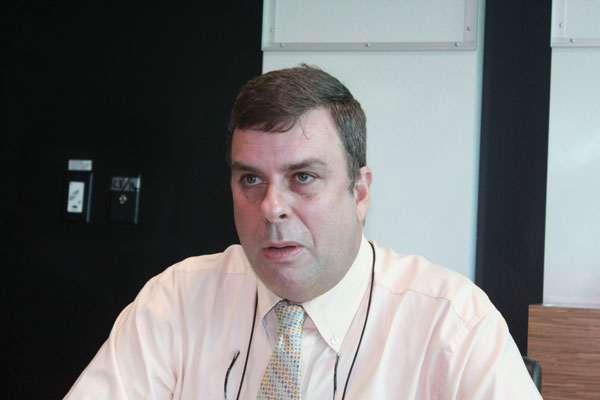 While SMN News does not respond to trash we urge the reporter of the “Yesterday” Newspaper to read the documents that clearly states that the hospital will be owned by USZV, it will be leased to SMMC, contract will be signed on August 31st and there is no dialysis center included in the DBM contract, also calculations will show in the documents that INSO will contract amount to over USD100M to design, construct and maintain the hospital.
Further, the Minister of VSA told members of the media that the former Chairman of the SBOD of USZV did not send any letters or indication that he was overreaching. However, SMN News managed to discover that is also an outright lie because at least 10 letters including pieces of advice were sent to the Minister by the former chairman of the SBOD of USZV informing him that he neither the director of USZV could touch USZV monies if proper legislation is not in place.

SMN News also published an article on VAMED, and their objection to the bidding process, however, we did our research and knows that the Austria company did meet with TAC group in Fort Lauderdale (FLORIDA)and also with the leader of UPP Theodore Heyliger on the boardwalk and the director of USZV Glen Carty.

The TAC group wants to  to do medical tourism on St. Maarten and their intention were to construct a hospital in Simpson Bay however, based on research they could not obtain loans in the open market, so they directed VAMED to St. Maarten politicians to find a way to dip their hands in the monies at USZV (St. Maarten’s cash cow). If the current Minister of VSA was interested in providing quality health care to the people of St. Maarten he would have cut off the private or special wing that would have consisted of six theaters and focus on building a hospital that would cater to to the needs of St. Maarten population and the surrounding islands without the TAC group, he would have ensured that a dialysis center is included in the DBM contract, and also ensure that full oncology treatment could be obtained at SMMC.
SMN News will release those letters in future articles.

Source: St. Martin News Network
EXCLUSIVE: Over NAF.200M dug out of AOV Funds, Minister of VSA should save his explanations for law enforcement, as investigation kicks off.