No warrants were produced to search the businesses, severe damage at both establishments while detectives help themselves to free beverages during the search which lasted over 12 hours. 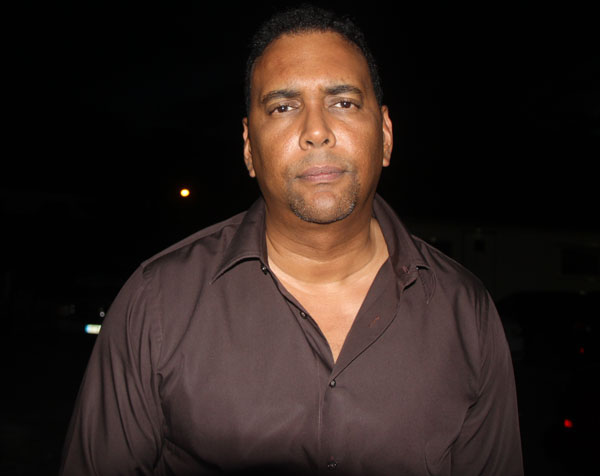 Attorney at Law Jairo Bloem in a statement to SMN News said that it is regrettable to see in one newspaper that a gun was found in Meyers’ home which according to him is incorrect.
Bloem said that he spoke to his client when he was arrested and his client told him that he informed the judge, prosecutor, and detectives, that he is possession of a licensed firearm, yet it appeared in the newspaper in a negative light. Bloem said his client had illegal workers in his club and that is indeed wrong (illegal) but the things that were done during the search is unimaginable. He said the outgoing Minister of Justice had promised the club owners to extend the permits for the women that are already on the island working at the clubs since the government was taking way too long in regulating the situation and all the clubs were suffering financially. Bloem said even though the Minister of Justice made that statement verbally he never executed the extension thus leaving the women undocumented.
Bloem said Meyers has 60 employees who today would be without work, besides that the businessman has loans and mortgages to pay monthly which amounts to $18,000.00 per month.
Bloem said since May the court ordered the government to start issuing permits to the club owners for the commercial sex workers and now that it is being done, the prosecutors and judge that were on the scene are telling them that the documents they obtained from the government are fraudulent.
He said that detectives went to Dulcia Florentina home and they banged so hard on her door that she panicked. Bloem said that Florentina suffers from several ailments and what happened to her on Tuesday almost killed her. He further explained that when the detectives reached the woman home she was still in her nightdress and when she was told that she would be detained she told the officers she needed to get dress and while in her room trying to get dress in the presence of a female officer, a male detective walked in the room and did not want to leave the room when Florentina asked him to leave so she could get dressed. He said another suspect Louella Rog was manhandled when she was arrested. Bloem said that the officer cuffed her inward and when she asked why she was mistreated because she was not resisting arrest, the detectives told her that they are treating her the way they believe she treated the women at the club.
Bloem said based on what transpired on Tuesday he is contemplating opening a preliminary criminal investigation against the prosecutor and those that were involved in the searches.
Asked if he received the search warrants for all the properties, he said that he did not get anything from the Prosecution as yet. He said that so far he saw his clients and could only report what his clients told him.
Bloem said that the operators of the clubs had control on the women, since they were seeing doctors weekly and whenever they leave the club at nights with clients, those persons have to give the club owners some sort of identification for the safety of the women.

Since the warrants for the establishments were not given to the owners it is still not clear why this search and arrest took place. Another question that still has to be answered by law enforcement is the reason why local club owners are harassed by the judicial system while those on the western side of the island remained untouched.

Click here to see photos of the damage done at El Captain.