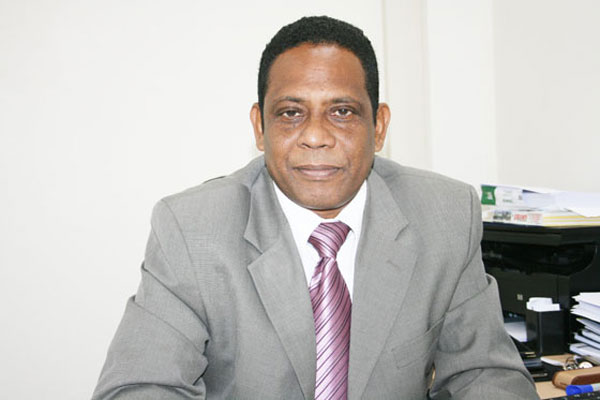 PHILIPSBURG:— The suspended head of IND Udo Aron has filed an injunction with the Court of First Instance on Wednesday afternoon in order for the court to order the Minister of Justice to re-instate him to his position.
Aron was suspended three weeks ago after the Landsreacherche started an investigation on the request of the Minister of Justice Edison Kirindongo.
Aron was reported by an Immigration officer when he smuggled a woman from the Dominican Republic into the island without following immigration procedures. SMN News understands that Aron brought the national of the Dominican Republic to St. Maarten without a visa.
Information SMN News obtained stated that Aron bypassed the immigration officer with his female companion who travelled with him and when the officer informed him that he needs to follow procedures Aron allegedly told the woman to do whatever she wants and she could also wrote what he said to her in her report. The source said that the immigration officer alerted her union after went to the acting director of IND who is a supervisor at PJAIE and told him that the officer refused to follow orders given to her by her superior. SMN News further learnt that the supervisor August Emmanuel then went to the officer and tried to reprimand her.
After hearing of the incident the union immediately filed a complaint with the Minister of Justice who did his own investigation prior to submitting a request to the Attorney General asking him to have the Prosecutor’s Office on St. Maarten conduct an investigation into the incident.
Since Aron was suspended and ordered not to enter any of the departments of justice pending the outcome of the ongoing investigation, Aron held on to the Government vehicle, telephone and other tools he was given to perform his duties.
As of Monday the Minister of Justice appointed former Acting Commissioner of Police Richard Panneflec as Acting Head of IND. In an interview with SMN News the Minister said that the appointment was informal.