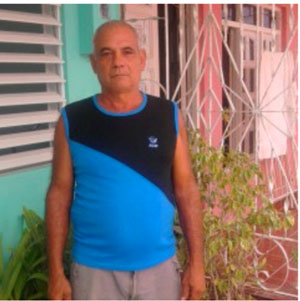 PHILIPSBURG:— Relatives of some Cuban nationals who arrived on St. Maarten on Saturday and left that same night on a boat called Beul Spirit heading to St. Thomas but never reached its destination is now asking authorities on St. Maarten if they are part of the search taking place close to the British Virgin Islands for the missing persons.

Diani Cuitno-Cordora Marrero told SMN News late Wednesday night that her father Alberto Cuitno–Corodra was one of the persons on the boat that went missing. Cordora Marrero told SMN News that they called immigration in the British Virgin Islands and they were told that four of the people that were on the boat were rescued at sea by a passing boat. One of the rescued person she identified as Jasmin Fernandez (30) a Cuban national is in prison in the British Virigin Islands while another Cuban Vladimir (53) another Cuban national is in the hospital and the other two were deported to the Dominican Republic. She said her father is not among the four persons that were rescued. The family said that based on what they were told the two that were deported back to the Dominican Republic are the owners and captain of the boat and based on the information they gathered the duo told authorities in the British Virgin Islands that they were fishing. She admitted that it appeared as though the two lied to authorities.

Cordora Marrero said that the captain of the boat is from the Dominican Republic, she further stated that they were told by immigration that boat went missing and the four people were rescued on Monday. Cordora Marrero said that she and her mother were told that the Coast Guards from all the surrounding islands are part of a search using helicopters and boats to find the missing persons and the boat but up to now none of the other 14 persons were found neither the boat. The young woman said the last time they heard from her father was Saturday who told them that he arrived on St. Maarten safely and that he would be crossing over by boat that same night to meet them in St. Thomas.

Several other Cuban families also contacted SMN News during the night on Wednesday and early Thursday morning asking for assistance to find their relatives, One of the relative identied as Ana said her aunt is one of the victims that were on the boat that had to drop off the 16 Cubans in St. Thomas and then they would have made their way to Miami Florida. SMN News contacted the Gendarmerie and St. Martin Sea Rescue on the French side on Thursday morning and they said they were not informed of this incident, the Saint Martin Sea Rescue did not participate in any search and rescue operation. However, several efforts made to contact the head of the Coast Guard Glen Werleman proved futile.

Spokesman of the Coast Guard Roderick Governeur said when the Coast Guards of St. Maarten and Curacao was informed they were told that the boat went down in the area that falls within the Search and Rescue of San Juan Puerto Rico (R.C.C). Governeur said on Wednesday the R.C. C. asked for assistance because the information they got as to where the boat went down was from one of the persons that were rescued and as such they are not sure of the exact location where the boat went down and they wanted assistance from St. Maarten to assist with the search. He said a Dash -8 aircraft will begin searching at 1 pm today as they give assistance to the R.C.C. Governeur said that the R.C.C has been searching with helicopters and boats in their area but up to Wednesday they found nothing.

Governeur also made clear that they only got a request from the R.C.C on Wednesday. Persons that needs information on the search and rescue operation are asked to call the R.C.C. San Juan Puerto Rico at + 1787 729 6770.