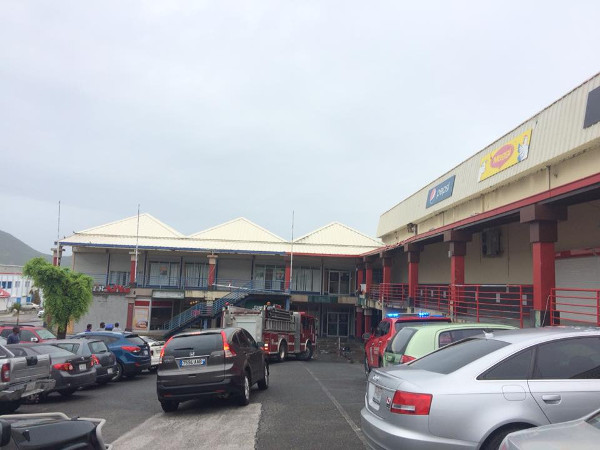 BUSH ROAD:— On Sunday, October 15th at approximately 12.30 p.m. police patrols were directed to the branch of the Windward Island Bank located in the Grand Marche complex on Bush road where a fire was reported. On the scene, the patrols realized that the Fire Department was already on the scene and had extinguished the fire. According to the Fire Department, the cause of the fire was still unknown and had yet been established. No one was injured.

Police continue controls.
PHILIPSBURG:— KPSM assisted by members of the Police Forces of the Netherlands, Aruba, Curacao, The Royal Marechausee, VKC and VKS continue to have general controls at different locations on the Dutch Side of the island. Over the weekend thus far a total of 443 cars/trucks and 63 scooters were controlled. Tint was removed from a total of 165 cars, 15 cars/scooters were towed and 4 arrests were made for illegal drugs, weapon possession, threat and illegal status on the island. After hours establishments such as bars and nightclubs are also been controlled for any irregular or illegal activity.