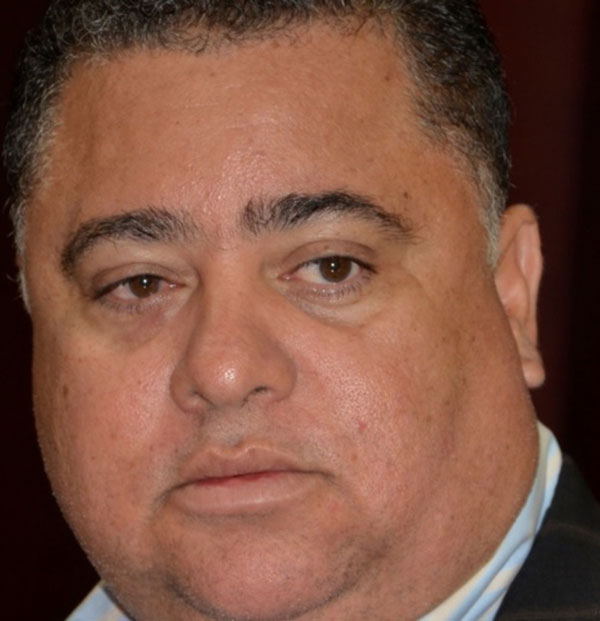 Says Minister is out of touch

PHILIPSBURG:— The Leader of the United St. Maarten Party (USP) MP Frans Richardson on Thursday said Minister of Finance Richard Gibson is completely out of touch with the realities of St. Maarten by stating that an indirect taxation model will not happen under his watch.

“First I don’t know which ‘watch’ the Minister is talking about, but it is clear that the Minister is part of an old way of thinking and not willing to listen and look at evolving like the rest of the world,” Richardson said. He said the easiest thing to do is to “put direct taxation” on the small man, “burdening them while some of them pay an average of 35 percent wage tax on top of a debilitating ToT that is passed on to them.”

Furthermore, Richardson added, Gibson seems to not believe in the middle class. “For the year our tax system has depleted the middle class. And, the Minister in stating that only the rich will benefit, acts as if the current system is so greatly beneficial to the poor. With a carefully studied and applied indirect tax model, rich and poor pay the same and, please note, that the so call “rich” consume more so they spend and contribute more,” Richardson said.

Richardson also mentioned the positions of the Social Economic Council (SER) who points out that internationally the trend is to move away from direct to more indirect taxes.SER says the current model, including the turnover tax TOT, has shortcomings in compliance, the extent of coverage and economic impact. What’s more, the TOT of five per cent is also cumulative in nature, which several persons, including Finance Minister Richard Gibson, have called “destructive.”

For example, SER has advised the government to register all trade transactions at the ports of entry by quantity, generic type, value and owner by CRIB number. The data from this registration would facilitate both the level of compliance of existing taxation and the ability to judge the returns of investments to replace Turnover Tax with alternative and more effective indirect tax models.

MP Richardson went further and reminded Gibson of some of the statements and positions at the tax summit that he organized in June this year. At this summit, Secretary General of Finance Arno Peels and the Head of the Department of Fiscal Affairs Janio Chayadi gave a brief run down on the tax framework that has been approved by the Council of Ministers. Most notable message in this field was broadening the tax payers base by simplifying the regime, abolish undesirable regulations and a shift from direct to indirect taxes.

“Why is the Minister flip-flopping on taxation again as he has in the past with issues such as the Central Bank and Emsley Tromp. He clearly said at the summit, and I quote:

‘Living on St. Maarten, going about our daily activities, relying on what has worked for many years in the past and expecting that it will be the same in the future is not thinking about the future. It is projecting the past into the future. Nobody from the richest 1 percent lives on the island. We don’t have billionaires like Warren Buffett, Bill Gates, Carlos Slim, George Soros or Larry Ellis.” Nevertheless, Gibson continued, tax reform and fiscal intervention are “absolutely necessary.’

“But today, the Minister is talking about the rich will benefit? Richardson said. Richardson added his party will sit with stakeholders to find the best indirect model for St. Maarten since obviously the current system isn’t working.