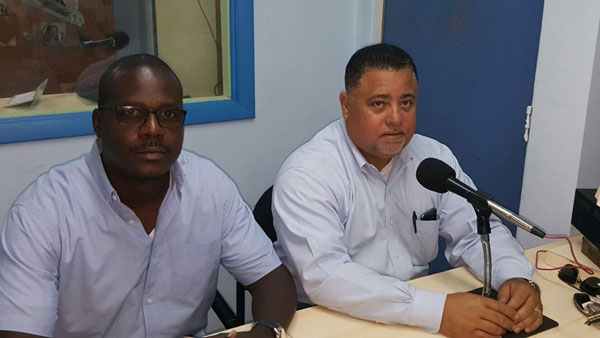 PHILIPSBURG:— “We’ve been talking about the simplification of the tax system for too long and bureaucracy is killing us,” says Leader of the United St. Maarten Party (USP) Frans Richardson, adding that it is time to stop talking and tackle the tax structure which puts St. Maarten in disadvantageous competitive positive. He also said that too much bureaucracy stifles innovation.

“Our tax structure puts us in a bad position to compete, does not attract investors and does not allow for mom and pop entrepreneurs to survive.” Richardson said. “We have the highest profit tax within the region. How do we compete and attract investors? With the ToT and other compliance taxes, we are also not allowing businesses to do business in a way that facilitates growth for the company or the economy,” he said.

Richardson said another deterrent to investors and investor companies, local or foreign, is the appearance of taxes that are not executed but are visible in tax structure documentation. “When an investor company asks to see your tax structure, they will see mentions of all sorts of taxes that might not be implemented now, but could be in the future. Why would they want to invest here or even calculate a return on investment when they are not sure what might come up in the future in terms of taxes. It’s a huge deterrent,” Richardson said.

He said the USP will present to the public its proposed changes to the tax structure, not “tweaking here and there”, but real changes to a modern tax structure. “We have a rolling ToT that by the time it reaches the retailer pricing ends up three times more than it was. We are not competitive anymore, our people can’t afford this as it makes St. Maarten very expensive for visitor and resident,” Richardson said.

In the same context, Richardson also lamented the bureaucracy involved in getting projects done in what he termed a “cumbersome system.” He said the time it takes for a project dossier to get from one point to the next within government system, leads to frustration from the people and investors who end up blaming the politicians. “Bureaucracy places unnecessary limits on the thinking and actions of individuals. It prevents new ideas, possibly for the growth of the economy, from emerging or even being considered,” he said.

“So the politicians, or rather those elected to streamline these processes, have to simply finally do so. Checks and balances are necessary of course, but St. Maarten has too many. A project has to pass through too many hands and sometimes it never gets to its destination. It has to go to the governor for final signature and I ask myself why? Why the governor if the people who were elected decided. We are not advocating to bypass checks and balances, but to refine. When a school need to be built and an infrastructure development has to take place and it takes forever, politicians take the brunt of the blame, but the system is too cumbersome,” Richardson said.