Home Local News Frans touts second chances for those who have lots to contribute. 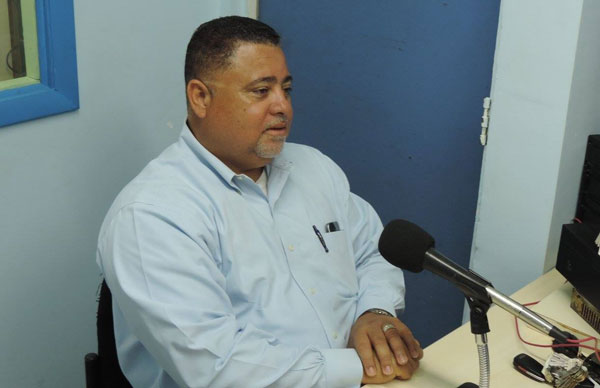 PHILIPSBURG:— Leader of the United St. Maarten Party (USP) Member of Parliament Frans Richardson dismissed jabs against his party as a party for “ship jumpers” by focusing on the fact that the individuals targeted still have lots to contribute to the country. Moreover, he stressed, the judiciary still have not had its final say in any of the cases.

Ask about his party’s concerns about candidates with legal issues on the Lady Grace morning show on 102.7fm, Richardson said that the party board carefully looked at all the cases on their merits and was informed of other issues surrounding the cases. The party concluded that it could welcome those candidates into the fold while they seek to resolve their legal issues.

He explained in the case of MP Silvio Matser, vote buying accusations against him has to be proven. “As demonstrated earlier this year on the floor of Parliament nobody could definitely say what is vote buying and what isn’t. Unfortunately, we’ve seen that when they can’t prove vote buying, all of a sudden you become part of a criminal organization and so on. This is the sad state of our system. As for his tax issues, every businessman has tax issues, that will also be worked out,” Richardson said.

Richardson saved his strongest words in defense of former MP Romain Laville. He said the gun charge against the former MP has been blown way out of proportion. “It didn’t even had to be an issue,” Richardson said, adding that he was there when the incident happened and gave a statement to investigators.

“This young man has to wait four to five years for a non-issue to be resolved, for our system to have to deal with an issue that should never have been an issue. Sometimes you have to wonder about ulterior motives. It has no wind to it and tax-payers money are being wasted on these cases when more heinous crimes go unsolved in our community. Criminal cases can’t get solved because they are too occupied trying to embarrass St. Maarten instead of helping (as a kingdom partner) to fight the real crimes plaguing this community,” Richardson said. He went on to praise Laville for his tenure as an MP when he tabled several initiatives to curb crime and improve the quality of living for the people of St. Maarten.

As for rumors that former Minister Maria Buncamper-Molanus will contest the September 26 elections with the USP, Richardson said he will leave that question up to the former Minister to answer. However, he said the party is open and welcoming to individuals who can contribute significantly to the development of the country. Individuals who have proven that they know how to get the job done.

“We need professionals to govern this country. You need all hands on deck. They can call us the ship jumpers party but when they do I always remember my grandmother and growing up in Philipsburg. My grandmother loved to cook and when she cooked, she cooked for all. Anybody could come over and eat. It doesn’t matter what your issue was at the time, you were welcome in her house because that is how we were as a people.

“I laugh at the term used to describe USP and I say that’s ok, we are like the Coast Guard; we leave no one behind and rescues all. We don’t discriminate and look down at anyone. Everyone can get an opportunity, even a second opportunity to show the country and its people what they can do. USP is not judge, jury and executioner. We evaluate on what candidates can bring to the table and if they can genuinely assist in forging a bright future for our country.”

Source: St. Martin News Network
Frans touts second chances for those who have lots to contribute.