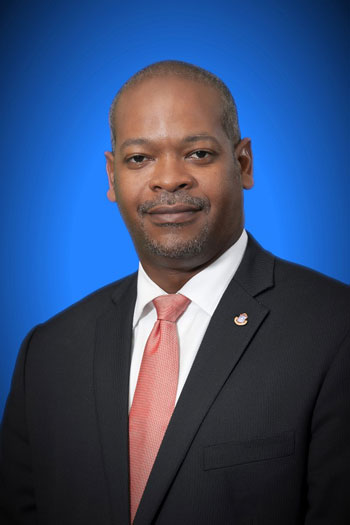 Great Bay:— Member of Parliament Cornelius De Weever is concerned with the current garbage situation on the island, as the population and visitors are at an all-time high for Dengue, Chikungunya and Zika virus infections. “The public has a responsibility to do its share, but when they do and the garbage is not collected then we increase the risk of our population and visitors becoming infected.” “The uncollected garbage and uncovered bins are breeding places for the A. Aegypti mosquitos especially when it takes days or even a week to be picked up.”

“I have taken note of the present garbage crisis, along with the request by the Minister of Public Health to review the terms of reference for the dump, but not for the garbage collection; the minister of VROMI complaining about garbage in areas five and six; the prime minister asking the public to be patient with the garbage shortcomings and most importantly the increase in Zika cases and more than likely Dengue and Chikungunya,” stated Member of Parliament Cornelius De Weever.
The MP further stated that as he walks and drives around he can’t help but notice all the garbage in the bush on the sides of the main roads and in the neighborhoods. “While some try to play politics it is important that no politics is played with our health and the health of our nation. The impact that this can have on our economy can be crippling and the ministers must become more proactive, the media must be more vigilant and inform the public of the real number of cases weekly or every other week. We need to know and deserve to know.”

MP De Weever further explained that pregnant women, women in general, their partners, family members and the general public need to know what the medical protocol is to ensure that they are followed to protect the unborn child. “It is important that an update about the ovi-traps and the bats be given about their effectiveness. There are many questions that linger and cannot afford to be swept under the rug when this government professed to be transparent.”