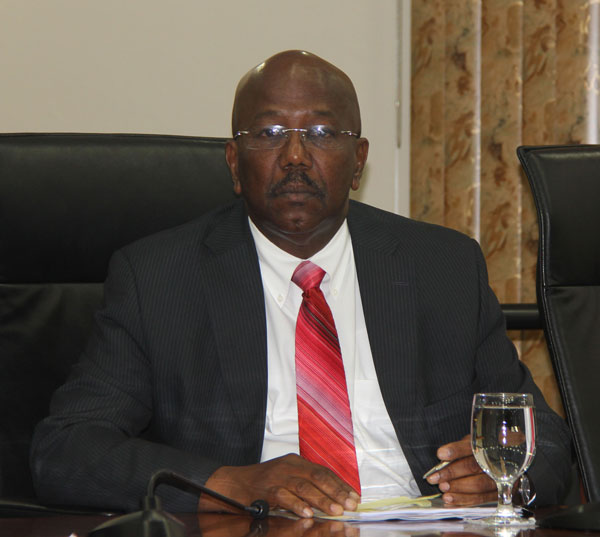 Harbour ViewP:— On October 3, 2016, the Governor of Sint Maarten, His Excellency drs. E.B. Holiday, requested Mr. William Marlin, to form a new government as formateur.
The Governor, considering the results of the September 26, 2016 elections, held consultations between September 27 and 30, 2016 with the leaders of the political parties that obtained seats in Parliament, (the United Peoples Party, the National Alliance, the United St. Maarten Peoples Party and the Democratic Party) as well as with the vice chairperson of the Council of Advice and the chairperson of the Main Voting Bureau. During the consultation the Governor was apprised of the political developments including the declaration of the United Peoples Party and the National Alliance regarding their intent to form a governing coalition.
Based on the consultations the Governor requested Mr. Marlin to form a new government. A government which has the support of a broad majority in Parliament to foster political stability, that consists of ministers who are committed to the promotion of the wellbeing of Sint Maarten and who are dedicated to jointly execute a governing accord, to be agreed upon by the coalition partners United Peoples Party and the National Alliance. In addition, the Governor requested the formateur to form a new government which is to dedicate itself to realizing sustainable public finances, to further improve the access to and quality of health care, to the improvement of our environment and to securing the safety and security on Sint Maarten. The Governor further emphasized the importance of the strict observance of the regulatory requirements including the screening criteria, applicable to the appointment for candidate-ministers.
The formateur took the commission into consideration and will inform the Governor regularly during the formation process. The Governor requested Mr. Marlin to present him the final report of the formation process ultimately October 27, 2016.