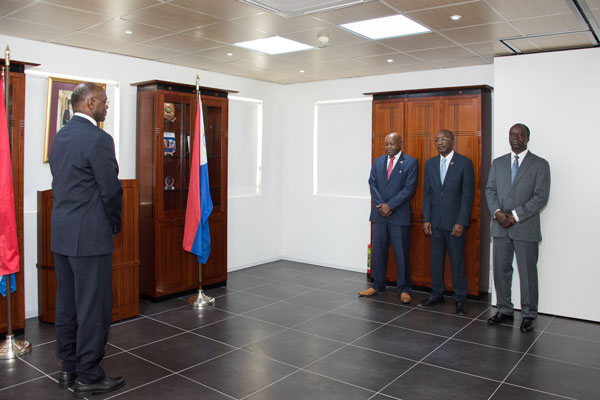 Harbour View:— On Tuesday, January 10, 2017, His Excellency Governor Eugene B. Holiday administered the oath to new Members of Parliament Mr. Romeo Pantophlet, Mr. George Pantophlet and Mr. Hyacinth Richardson at the Governor’s Cabinet. The new members, all of the National Alliance, take the seats left vacant as a result of the appointment to the Council of Ministers of Prime-Minister William Marlin, Minister of Education Sylveria Jacobs and Minister of VROMI Christopher Emanuel. Governor Holiday congratulated the new MPs and wished them strength and wisdom in the performance of their responsibilities to foster the wellbeing of the people of Sint Maarten.