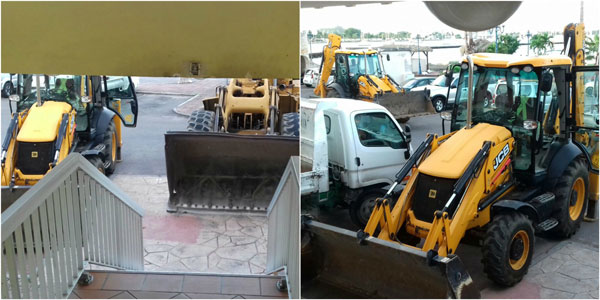 MARIGOT:— Scores of heavy equipment owners and workers started a protest early Thursday morning by taking their heavy equipment’s and blocking the entrance of Semsamar located on Marigot waterfront.
According to one protestor is that Semsamar owed some of them for years and the action that began Thursday morning is to ensure they are being paid what is owed to them.
Several heavy equipment and small trucks are being used in the protest action. SMN News will be updating this article throughout the day as the protest continues. 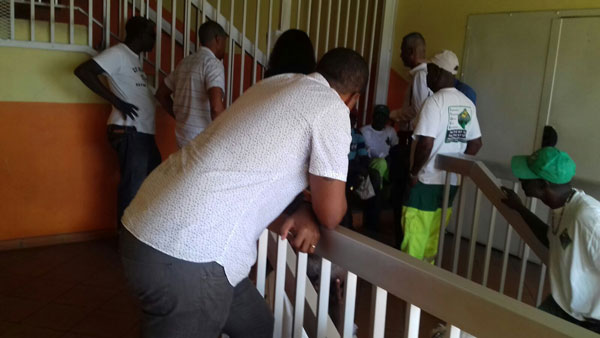 The protestors made their way to the office and stood on the steps preventing the workers of Semsamar from entering their place of employment. A few of the employees took the time to hear the workers grievances that centers around Semsamar not honoring it debts. One protestor told SMN News that he participated in the protest in an attempt to collect four years of payments due to him. Each of the workers and owners of heavy equipment’s is facing the same predicament, with the only variation in the length of time they have been waiting to get the monies due to them over the years. Leader of the UD political party and senator Daniel Gibbs took some time off to address the protestors.
The protesters have vowed to continue their peaceful protest until they receive their due. “Its Christmas season and I’m supposed to agree not to collect my money that I worked for and not give my family any nice Christmas?” one protester questioned. Another one said “these people playing with people lives.”
No official dialogue has taken place as at this point between the protesters and the officials of Semsamar. It is understood that the Prefette met with the protestors around midday on Thursday.