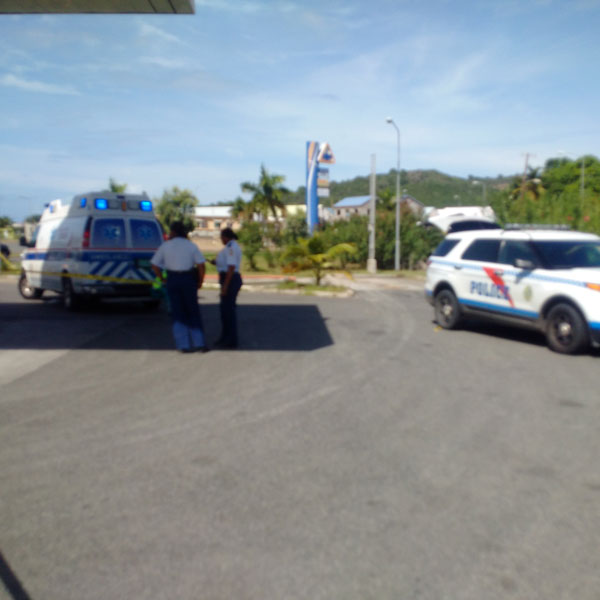 PHILIPSBURG:— A fight that ensued between two men in the vicinity of Delta Petroleum Gas Station owned by former Member of Parliament Roy Marlin has left one of the men dead. The dead man is identified as Alexandro Hodge, whose mother passed away and he was living with his aunt who owns a bar in Dutch Quarter. Residents of Dutch Quarter said they know the young man and he is known to be a very quiet young man and that they are all shocked by his sudden death.
According to eyewitnesses the two men were engaged in a fight on Dutch Quarter main road when one of them got stabbed. The victim it is said fell in the roadside drain bleeding profusely. Owner pf Delta Petroleum and former Member of Parliament Roy Marlin and his son ran to the victim’s aid trying to stop the bleeding until the ambulance personnel arrived on the scene. Eyewitnesses on the scene said that when the young Dutch Quarter man stabbed the victim he ran from the scene and the victim even though badly wounded  he ran after the culprit and was throwing rocks at him before he fell inside the drain and subsequently died in the ambulance where he was receiving first aid treatment. The eyewitnesses said police went in search of the culprit  and they are certain that the attacker does not know that he killed Alexandro Hodge with the one stab wound that they said they believed penetrated his heart. When SMN News reached the scene we were told that the victim a known young man identified as  Alexandro Hodge from Dutch Quarter  whose dead body was in the ambulance as they were awaiting the police doctor to pronounce the victim dead. SMN News learned that the suspect was later arrested, he has been identified as a Brooks who was recently released from prison. 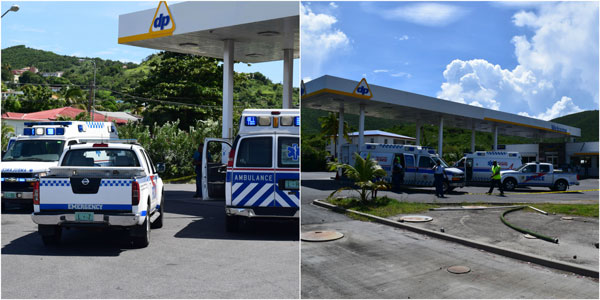 Man stabbed to death
On Thursday, September 1st at approximately 01.30 p.m. a call came into the Emergency Dispatch about a stabbing that had taken place a few minutes earlier in the vicinity of Delta Gas Station in Dutch Quarter. The caller also stated that the victim was bleeding profusely. Immediately after receiving this call several police patrols, paramedics, Detectives and Forensic Department were sent to the scene to investigate what exactly had taken place.
On the scene, the investigating officers learned from witnesses that a heated argument had taken place between the suspect and the victim which escalated into a fight. During the fight, the suspect who was in the possession a knife used it to stab the victim. After committing this act the suspect fled the scene. The area was immediately closed off by police in order for the Forensic to collect evidence while the detectives interviewed witnesses.
Paramedics on scene attempted tirelessly to save the victims life, but he died of the wounds he had sustained. A medical examiner arrived on the scene and pronounced the death of the victim. The victim, in this case, has been identified with initials A.H. The body of the victim has been confiscated and transported to the morgue for further investigation.
The suspect was later located and arrested by police in the Dutch Quarter area and was brought to the Police Head Quarter in Philipsburg where he remains in custody for further investigation. The suspect was identified with the initials F.B.  Both the victim and the suspect lives in Dutch Quarter.
The investigation is in the preliminary stage and many details about this case are still unavailable. When these details become available the media will be informed in a subsequent press release.