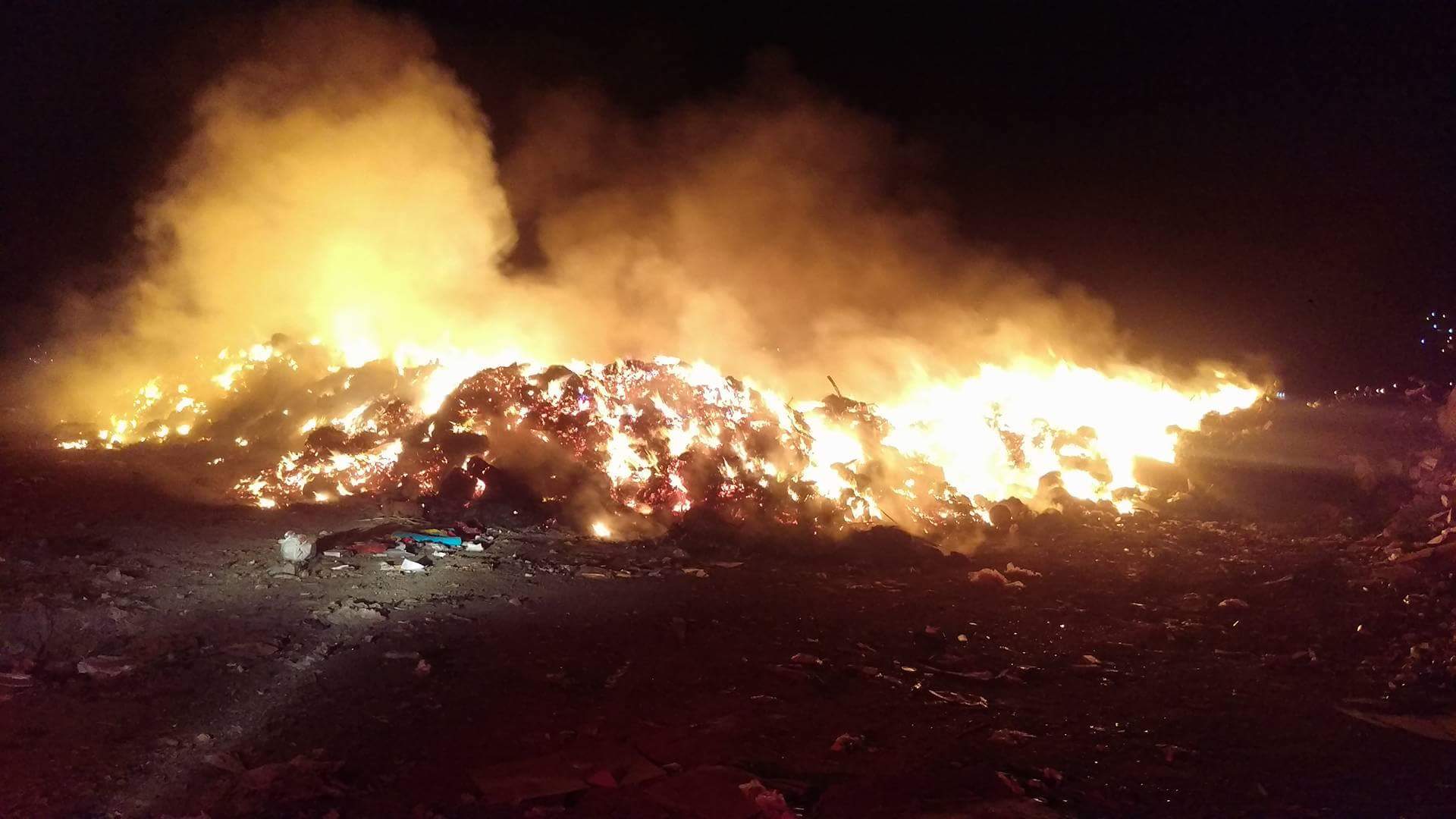 PHILIPSBURG:— The huge fire broke out on the dump (landfill) around 11pm Friday night that is still smoking. The fire is of unknown origin while the management of the landfill could not be reached for a comment on Saturday morning. SMN News learned that the fire department was at the scene up to midnight but left due to the fact that they could not access the fire.

Sylvanico Pauletta said in an invited comment that the landfill management managed to get to the location with a huge excavator to put out the fire during the night but there is still heavy smoke that could cause respiratory problems to residents living as far as Cole Bay. Therefore he advised residents to keep their windows closed and to avoid working outside.

Several attempts made to reach management of the landfill from Roberto and Sons on Saturday morning proved futile.
The Fire Department is advising persons living downwind from the landfill fire, to close windows and doors, especially persons who have a respiratory challenge, and for persons who suffer from asthma, shortness of breath, or any other respiratory challenges.

The Fire Department is monitoring the situation at the landfill on Pond Island. The company responsible for the management of the landfill is working diligently to get the fire under control.

The smoke from the fire at the moment based on the prevailing wind is heading in the direction of Sentry peak.