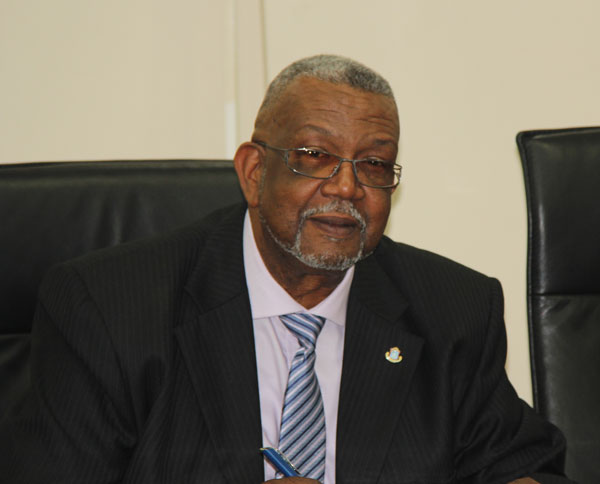 PHILIPSBURG:— Minister of Justice Edison Kirindongo in response to a question from SMN News regarding the investigation that involves the Director of IND Udo Aron with the incident at PJIAE. The Minister said the investigation is ongoing and it is conducted by the Landsrecherche (National Detectives). Minister Kirindongo said up to Tuesday he contacted the Prosecutor’s Office to get an update on the investigation and he was told that the investigation is ongoing therefore he does not have any new information on the case.
SMN News also asked the Minister why the Acting Director August Emmanuel was not suspended since there is an ongoing investigation. Minister Kirindongo said when he was informed of the incident at PJIAE he gathered his own information and what he obtained only mentioned the name of one person which is the Director of IND. The Minister said now that the investigation is taking place he assured that if any other names surfaced in possible wrong doing and he has to take action then he will take the necessary actions. He made clear that the moment he took the decision to call for an investigation and specified one person it does not mean other persons are not involved but the moment the names of other person or persons popped up he will do what is necessary.

April 20, 2021
0
~ Victim in a coma at SMMC~ PHILIPSBURG:— Detectives are busy investigating a robbery that took place Monday night at Topper’s in Simpson Bay.According to...