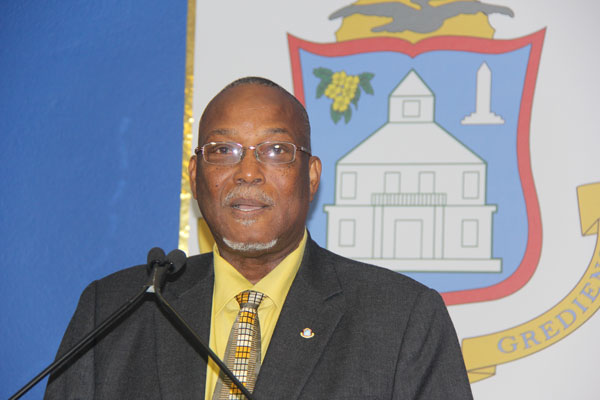 PHILIPSBURG: — Minister of Justice Raphael Boasman told members of the media that after holding meetings with Chief of Police Carl John and Chief Prosecutor Ton Maan they have decided to put a plan of action to deal with the ongoing situation at the prison.

Without divulging information the Minister said that there will be more actions taken which will show in the near future that actions are being taken to better manage the prison system. He stressed that the raid that took place on Tuesday with the involvement of the marines are one of those actions. Apart from that, he indicated that an investigation began regarding the contraband items that were found inside the prison. Minister Boasman said when the investigation is concluded those responsible for smuggling the illegal items such as a loaded firearm in the prison will be held accountable and they will face the consequences.

When asked by members of the media what else are being done to revamp the prison management since this is the fourth firearm found behind the prison walls Minister Boasman said: “at least we found them before they were used to kill people.”

SMN News reporter indicated to the Minister that all the other Ministers before him have given the media the same type of answers while the chaos at the prison has been going on for years, and while he said that he met with the Chief of Police and Chief Prosecutor, the fact remains that the prison has a management team who should be held accountable for the years of mismanagement. SMN News indicated to the Minister that the answers given to the media on St. Maarten regarding the prison sound more like a broken record while the situation at the Pointe Blanche house of detention continues to deteriorate.

The Minister admitted that he and other former Ministers may have sounded like a broken record but the fact is the problem at Pointe Blanche prison cannot be fixed from one day to the next. He assured that in the coming days or weeks the people of St. Maarten will see a change, which will include measures taken against the management team of the Pointe Blanche House of detention. He stressed that an investigation is ongoing and those responsible for smuggling the contraband items into the prison will be punished severely when found.

Meeting scheduled to discuss Insel Air with Secretary General.
Acting Minister of TEATT Raphael Boasman also announced on Wednesday that he will meet with the Secretary General of TEATT Miguel De Weever and the Head of Civil Aviation St. Maarten Louis Halley to discuss the impact the cancellation of Insel Air flights has on St. Maarten and its travelers and how they could find a possible solution.

It should be noted at Insel flights were grounded by two pilots last week Wednesday which sparked an immediate inspection by Civil Aviation Curacao and Aruba. Both countries Aviation authorities grounded all of the MD-80’s as they carry out their inspection. Ever since the grounding of these aircraft Insel Air was forced to cancel all International flights leaving hundreds of passengers stranded at various airports. While a large number of people are being affected Insel Air is yet to release a statement to the media regarding their predicament. The lack of information caused a chaos at Curacao’s airport and other airports. Up to late Tuesday, the aviation authorities only released one of the MD-80’s while the others are still grounded.

Asked by SMN News if the government of St. Maarten will consider granting AVA its permit since they applied since last year, the Minister said that he is monitoring the situation with AVA and Curacao which he said is playing out in Curacao. Minister Boasman said that Insel in an operating Airline that is what has the priority of government, thus he is meeting with those responsible for finding a proper solution for the effects the cancellation of Insel Air flights to St. Maarten and other destinations. 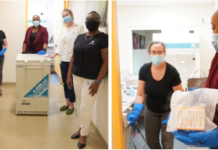