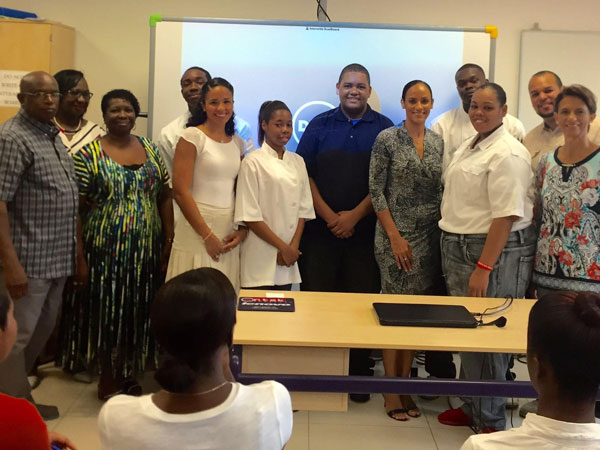 PHILIPSBURG:— t. Maarten, September 2nd, 2016 – The L.E.Wescot Memorial Foundation ( LEWMF) established several years ago in remembrance of the late Louis.E. Wescot to promote studies and such in the Culinary and Agricultural areas,granted scholarships to five students of the National Institute for Professional Advancement (NIPA ) recently. The five recipients, all year two culinary students, each received an 80% scholarship for the 2016/2017 school year.

The L.E.Wescot Foundation is the first organization to grant such to NIPA and its students. Foundation founder and wife of the late Louis Wescot, MP Sarah Williams-Wescot presented the scholarships during the institution’s orientation day and encouraged students to pursue their education,no matter what obstacles they may encounter.

The late Louis Wescot was well known on both sides of the island. A son of the soil, hailing from French Quarter, Louis always had a passion and love for cuisine, animals and agriculture. He managed several restaurants during his career, most noteworthy the many years he served as a chef at the former flagship resort, the Mullet Bay Resort.

Throughout his life, Louis cared for many animals; dogs, goats, horses and even ostriches, which became a popular attraction for locals and visitors alike. He was also the owner of the prized Boer Goat Titus, winning him seven consecutive titles in the Boer category at the annual I Love My Ram Goat Competition. This year marks the 10th anniversary of Louis’ passing.