Home Local News Legislators needs to find solution to curb the abuse of alcohol during...

Vendors and persons selling alcohol to youngsters should also be prosecuted —SCDF must be held responsible.

PHILIPSBURG:— Looking at some of the videos of the Jouvert Jump Up posted on the social media raises ones eyebrows while hundreds of questions are being asked by the outer world. One being when would government/ parliament put laws in place to curb the abuse of alcohol and drug use especially during the carnival season. Questions are being raised about the type of parenting on St. Maarten and since when it is acceptable for young people especially teenagers to abuse alcohol in such a way that many of them got hurt and in most cases did not know they were even violated during their drunkenness. A young woman is currently nursing serious injuries after she fell off a quad yesterday morning while on her way home drunk. The accident occurred in the vicinity of Bellevue border. Eyewitnesses said the young woman who lived nearby went airborne when she fell off the quad her boyfriend was riding and she being the pedal rider. They said the young lady fell on her back and she was unconscious for quite a long time while emergency workers tried their best to revive her before transporting her to the Louis Constant Fleming Hospital for treatment.
Videos and photos on Facebook shows numerous persons lying almost everywhere passed out due to heavy intake of alcohol. Another video shows a young man falling off of a garbage bin, at one point some taught he broke his neck.
The Police and Prosecutor deemed the Jouvert Jump Up a success, yet they stated some 16 persons were arrested, two out of three stabbings were serious, and one person was raped. Yet the police and prosecution saw this as being successful. They also took the time to emphasize the excessive use of alcohol which could have live lasting effects on persons that abuse the use of alcohol.
Research online shows that young person’s body cannot cope with alcohol the same way an adult’s.
Drinking is more harmful to teens than adults because their brains are still developing throughout adolescence and well into young adulthood. Drinking during this critical growth period can lead to lifelong damage in brain function, particularly as it relates to memory, motor skills (ability to move) and coordination.
According to research, young people who begin drinking before age 15 are four times more likely to develop alcohol dependence than those who begin drinking at age 21.
How Drinking Harms a Teen’s Brain
You’ve probably heard the jokes about how heavy alcohol consumption can kill brain cells. Recent neurological research indicates not only that these jokes are true, but that teenagers may be more prone to alcohol-related neurological damage than adults. A teenager’s brain is at a vulnerable stage of development. Alcohol interferes with this development, causing permanent changes in the ability to learn and remember.
Research conducted by neuropsychologists atDuke University indicates that in adolescents, drinking even a moderate amount of alcohol may damage the hippocampus, the part of the brain that enables you to learn and remember. Studies conducted on adolescent rats showed that younger drinkers may be even more likely to suffer neurocognitive deficits than older adults who drink, especially if they drink to the point of blacking out, or temporarily losing their memory.
The Duke research team also found that an alarming number of college-age drinkers experience blackouts during heavy drinking episodes. In an electronic survey of almost 800 college students, the researchers found that just over 50 percent of the students who responded reported that they had blacked out while drinking. The average number of blackouts reported in the survey was three.
Blackouts among teens are hazardous to neurological development, but they can also pose a serious risk to a teen’s safety and overall health. Teens who black out are more likely to take dangerous chances, like driving drunk, having unsafe sex or getting in fistfights. Because binge drinking, or drinking four to five alcoholic beverages in one or two hours, is such a common practice among teens, the frequency of blackouts may be even greater than the survey indicates.

Drinking and Social Relationships
Teenagers are preoccupied with issues of identity and social relationships. In this formative period, adolescents experiment with different styles of clothing and makeup, try out unique variations of their names and may hang out with different social cliques at school. Peer pressure becomes a big factor in the choices that a teen makes as he or she develops socially; that’s why it’s crucial that parents get to know their children’s friends and their families.
For a lot of teens, alcohol may seem like a magic elixir that allows them to overcome shyness and social insecurity. But after awhile, teens who drink heavily on a regular basis will start to get a negative reputation at school. Kids who participate in sports, musical activities or school clubs will often avoid the teenagers who party all the time. Neglecting former friends and hobbies is one of the most significant signs of alcohol or drug abuse among teens.
According to the National Institutes of Health, teens who drink may go through the following stages:

1. Focus more of their time on friends who drink: Teenagers who take up partying will often give up long-term relationships. Meanwhile, sober teens will eventually stop trying to make contact with a friend who parties all the time.

1. Start neglecting school and work: Students who drink heavily will start oversleeping, skipping classes and forgetting homework assignments. A student with a part-time job may stop showing up for work and eventually lose the position.

1. Display unpredictable behavior or pick fights at home: The effects of alcohol can alter a teenager’s emotions, making him or her seem extremely moody. Teens who drink can become secretive, defensive and violent with siblings or parents. New tension around the house may indicate that a teenager has a substance abuse problem.

1. Have problems with money: Partying can get expensive. Teens who suddenly never seem to have enough cash left over from their allowance or part-time job may be spending too much on liquor, beer or cigarettes.

1. Become chronically tired and physically unhealthy: Frequent drinking can lead to weight gain, loss of sleep, problems remembering tasks or responsibilities and many other complications. While teens do need a lot of sleep, a teenager who starts sleeping more than usual or displays signs of fatigue and depression may have a drinking problem.
High school and college students who spend a lot of time with a drinking crowd may have trouble adjusting socially if they decide to seek treatment. An integrated treatment program for teens can help adolescents re-enter the world of their sober peers and learn how to build strong, lasting friendships that are based on something more substantial than a love of partying.

May 10, 2021
0
PHILIPSBURG (DCOMM):— Do you have questions or concerns about the COVID-19 vaccination, or do you want more information about the purpose and goal of... 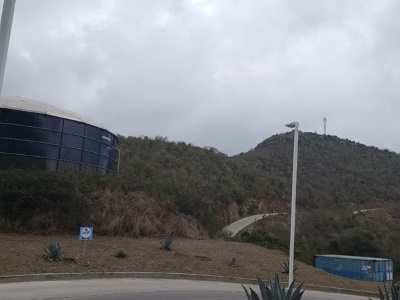 May 10, 2021
0
Pond Island:— TelEm Group will be carrying out maintenance work on a fiber cable in the area of GEBE’s water tank on the Cole Bay Hill and a cell site nearby, Wednesday, resulting in interruptions in service to mobile...
Read more

May 10, 2021
0
Pond Island:— TelEm Group will be carrying out maintenance work on a fiber cable in the area of GEBE’s water tank on the Cole...

May 10, 2021
0
PHILIPSBURG (DCOMM):—  The Belair Community Center has extended its opening hours for vaccine walk-ins on Tuesdays and Thursdays to 8:00 PM. The decision was...

May 10, 2021
0
PHILIPSBURG (DCOMM):—  The Belair Community Center has extended its opening hours for vaccine walk-ins on Tuesdays and Thursdays to 8:00 PM. The decision was...

May 10, 2021
0
PHILIPSBURG:— The annual Governor’s Youth Awards for Excellence are special distinctions granted by the Governor of Sint Maarten. The awards give recognition to young...

Over 170 metric tons of waste removed during pre-works of Airport...