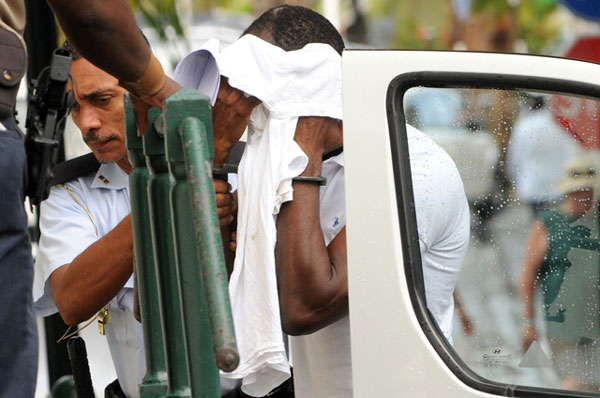 PHILIPSBURG:— The Principal of the Methodist Agogic Center  (MAC) Cedric Hodge who is currently behind bars sitting out his 60 days pretrial detention is scheduled to appear in the Court of First Instance on Wednesday March 23rd as the performa hearing commences.

The prosecutor’s office confirmed through its spokesman Gino Bernadina that Hodge is now serving the second half of his 60 days pretrial detention, Bernadina said that the official court date is set for June 15th 2016.
While the case is set to begin on Wednesday the prosecutor’s office will not handle the hearing behind closed doors even though the victims are minors however, they do intend to protect the identity and privacy of the under-aged victims during the court hearings.
Cedric Hodge was arrested after the parent of young boy caught him texting Hodge very late one night and later the young man asked his mother to give him permission as he wanted to go to a hotel. With the request from the young boy prompted the mother to see what kind conversation her son was having with Cedric Hodge causing her son to make such a request. The conversation the mother saw between her son and the school principal made her very upset but she managed to keep her anger under control until the following morning where she decided to take the phone to the police station and filed an official complaint against Hodge. SMN News learnt that even detectives from the juvenile department were texting Hodge with the minor’s telephone until they were ready to conduct a house search and detain Hodge for the day. Months after the house search the prosecutor’s office decided to re-arrest Hodge after they found incriminating information on the electronic devices that were seized during the house search. Ever since then Hodge remained in custody.