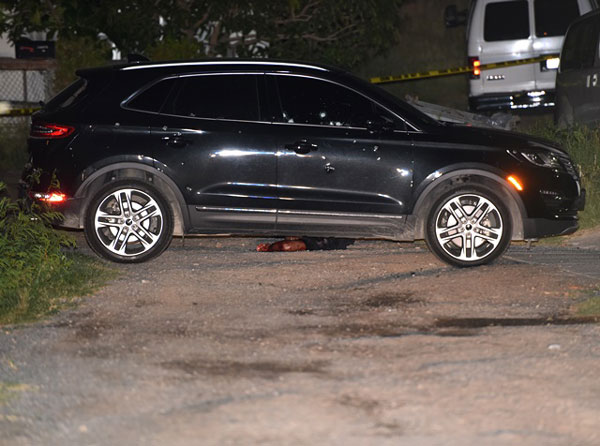 PHILIPSBURG:— On Wednesday, January 24th at approximately 11.00 p.m., several police patrols were sent to Hope Estate to investigate a shooting. On the scene, the officers located the lifeless body of a man identified as F.B. (lying on the ground in front of his home. The victim had been shot while in his car by an unknown assailant(s). Immediately the scene was closed off. Detectives and the Forensic Department came to the scene to interview potential witnesses and collect evidence. A medical doctor who came on the scene pronounced the death of the victim. The body of the victim and his vehicle were both confiscated for further investigation. It is unknown who is responsible for this shooting and why. The police is asking anyone who may have information concerning this case to immediately get in contact with Detective Department by calling 54-22222 ext 214/215, the police anonymous tip line #9300 or the emergency number 911.