p>PORT ST. MAARTEN:— Marella Discovery of Marella Cruises, formerly Thomson Cruises, and part of the TUI Group, the world’s leading travel company, was the second commercial cruise ship to visit Port St. Maarten. The vessel docked along the cruise pier on Tuesday, December 5.
Cruise passengers were welcomed with Caribbean music from Dow Steel Pan Band along with a welcome banner, stilt walkers, dancers and the Carnival Queens. Port St. Maarten also distributed complimentary #SXMStrong wristbands to passengers who came ashore.
Throughout the day activities were held on the Boardwalk near the Captain Hodge Wharf in Philipsburg that included a steel band; a mini-parade with the Youmay Drum Band, and DJ entertainment. These were organized by the St. Maarten Tourist Bureau in-part collaboration with the St. Maarten Chamber of Commerce & Industry. Another area of similar activities was at the Walter Plantz Square.
The Captain and General Manager of Marella Discovery commented about the welcome received and were impressed with the stilt walkers and welcome sign. During a presentation onboard, the Captain demonstrated his familiarity with the destination when he briefly spoke about the natural pool in Point Blanche.
“Once again, we have had a successful second cruise ship call. This is the start of the 2017/2018 cruise season for the country. The partnership and collaboration with the St. Maarten Tourist Bureau and Chamber of Commerce & Industry has been very instrumental in our engagement with welcoming the cruise lines and passengers back to our island.
“We must continue welcoming our guests with the St. Maarten charm; being extra courteous and embracing cruise passengers over the coming weeks and months. This enhances the cruise passenger destination experience. Everybody has a role to play as we collectively build back monthly cruise numbers #SXMStrong,” Port St. Maarten Management said on Wednesday.
The remaining cruise ship calls for December are: December 8, 17, 19, 25, 26, 27, 29, and 31. There will be two ships in port on Christmas day.
Marella Celebration, one of the smaller ships in the Marella fleet, will be in port on Friday, December 8. The vessel was refurbished in 2012. The cruise ship has a passenger carrying capacity of 1,264 and 520 crew/staff. Marella Celebration will be back in port on Christmas day, one of two ships that will be visiting the destination on that day.
Royal Caribbean International (RCI) Grandeur of the Seas will be the first RCI cruise ship to rediscover the marquee destination on December 17.
The RCI ships and dates are as follows: Independence of the Seas, December 25 and 29; Jewel of the Seas, December 26; Freedom of the Seas, December 27; and Adventure of the Seas, December 31.
The planning to get Marella Cruises to return to the destination is due to the hard work of Port St. Maarten Management and Staff who have been working diligently to get cruise lines to return to the destination post-Irma. Discussions took place over the past months and continued at the Florida-Caribbean Cruise Association (FCCA) 24th FCCA Cruise Conference and Trade Show that took place in Mexico.
Discovery was launched in 2016, and is one of Marella Cruises biggest ships in its fleet. The ship has a gross tonnage of 69,130; length of 264 meters; beam 32 meters; featuring 11 decks, 915 cabins and can carry 1,830 passengers and 753 crew and staff.
The highlights of Marella Discovery are an outdoor cinema, a rock climbing wall, a mini-golf course, five-storey atrium and an indoor pool. You can expect all of the cruise lines trademarks to be present, like a fantastic dining scene, a show lounge to rival the West End, and smart, contemporary interiors.
The Thomson Group (TUI) is part of TUI UK & Ireland which offers cruise holidays around Europe, the Caribbean, and Asia. On the 9th of October 2017, TUI announced that Thomson Cruises would be rebranded in late October 2017 as Marella Cruises, with nearly all of the existing Thomson fleet adopting the name change.
Marella Cruises parent company Thomson Group (TUI) employs approximately 18,000 people. The company started back up in 1965 with the aim of making foreign travel accessible to all in the United Kingdom of Great Britain.
Besides Marella Cruises, the company also established an air wing called Thomson Airways back in 1962 (formally Britannia). The airline has become the UK’s largest charter company based in Luton Airport, and has a fleet of 77 planes and flies to more than 80 destinations around the world taking over 5.5 million people on holiday each year.
Marella Cruises has seven ships in its fleet, namely, Thomson Majesty, Spirit, Marella Celebration, Marella Dream, Marella Discovery, Marella Explorer and Marella Discovery 2. 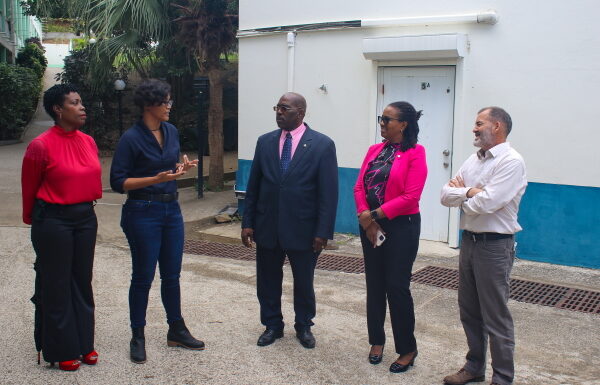 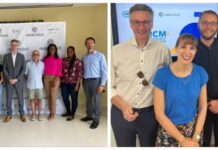 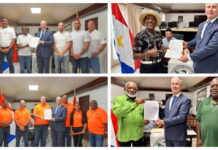 January 31, 2023
0
~"No objective nor reasonable justification for maintaining unequal financial reward for equal work performance"~ WILLEMSTAD:---  "Based on the idea that human capital must be nurtured and...