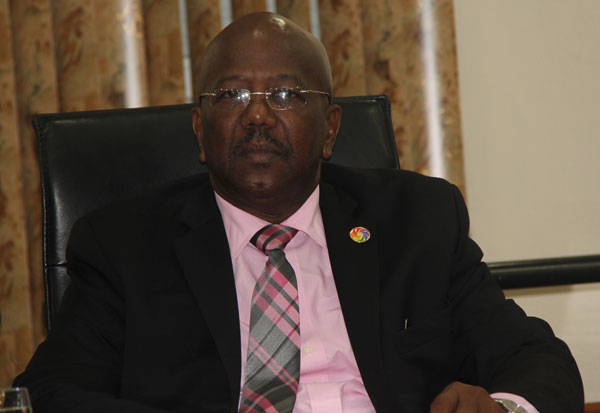 PHILIPSBURG:— Prime Minister William Marlin did not mingle with words when addressed the media on Wednesday at the Council of Minster’s press briefing and to also bring clarity on the project that will be constructed in Belair by Chinese investors.

Marlin said certain reporters that attended the Town Hall event last week Thursday at USM to cover it as an assignment used their time to post negative statements about the announcement of the project on Facebook.

He said the reporter in question is doing whatever they could to create fear and rumor mongering in the minds of the people on St. Maarten since the political party they support are in opposition. He said that it is unfortunate when media professionals misuse their position to create gloom and doom now there is an election.

Marlin said during the negotiations it was made clear to the investors that St. Maarten has construction workers that could build resorts because it is local contractors and workers that built Westin which is very close to one of the country’s beaches. He further explained that Pelican and other resorts are all built next to the country beaches. He even mentioned a post that was made by a politician on his Facebook page regarding hurricane and the project. Marlin said that he cannot imagine any investor who would invest millions and not ensure that the building is sound in order to withstand hurricanes, likewise all the hotels, the airport and other resorts have their own sewage plants and the same will happen for the Pearl of the Caribbean. The Prime Minister said it does not make any sense whatsoever for any investor to pump raw sewage in a beach that the clients of that resort would have to use.

Marlin further explained that the two-year project will provide work for more than 200 workers, and  local contractors, owners of heavy equipment will all get work from that project. Marlin said besides all of that USZV and other entities will make money and this project will indeed enhance the tourism industry on St. Maarten.

However, the Pearl of the Caribbean on St. Maarten is ideal because of St. Maarten would become the Chinese Caribbean hub since St. Maarten has a good port and airport connections. Marlin said if his government did not grab the opportunity then they would have been criticised and now that they do what was needed they have to be on the defense because of the malicious posts made on Facebook by a reporter that attended the event.
Marlin said even the Minister of VROMI Angel Meyers sat into one of the meetings when this project was being discussed. 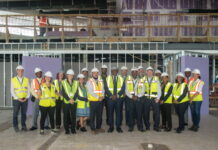