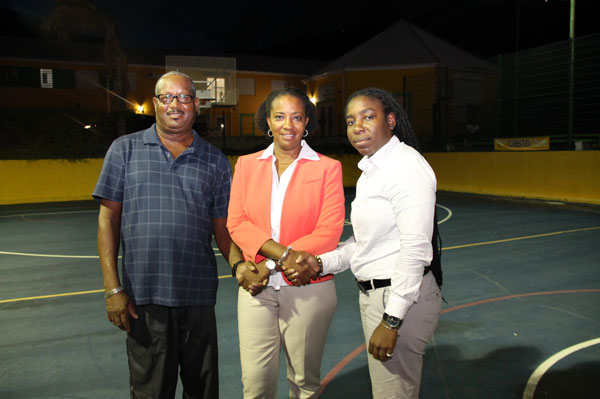 PHILIPSBURG:—-The works to ensure the proper lighting of the St. Peters and Middle Region basketball courts were completed on Monday, September 19th, 2016.
Following various requests made by the local community in both the St Peters and Middle Region areas for the lights to be repaired at the courts which would reestablish them as a place where the youth can engage in positive activities such as sports; the Minister of Sports Silveria Jacobs sought to respond swiftly and effectively.
To ensure the completion of the works, the Department of Sports was instructed to assist and local contractor HEMCO N.V. was employed to complete the much-needed works. The works at the St. Peters court was completed on Friday, September 16, 2016, and the works at the Middle Region Court was completed on Monday, September 19, 2016.
Minister Silveria Jacobs thanks the community for their patience in awaiting the completion of the works and she also thanked Mr. Henry of HEMCO N.V. for a job well done. 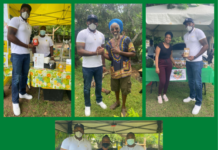