Home Local News Minister Jacobs said unless she gets SOAB report she cannot meet with... 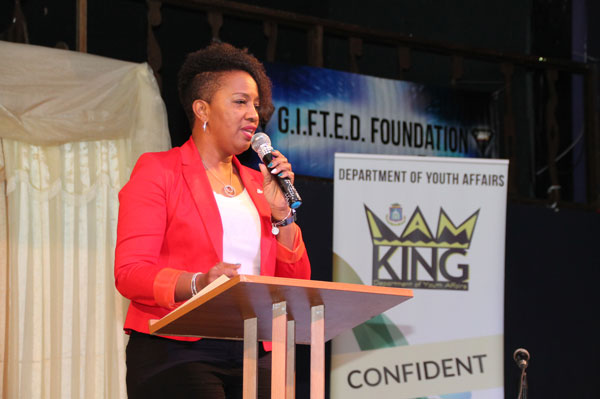 PHILIPSBURG:— Minister of Education Silveria Jacobs who are being criticized by the way she is dealing with the issues affecting teachers told SMN News on Wednesday during the Council of Ministers press briefing that at the moment she has nothing new to report to the teachers of education staff. She made clear that she is not sitting down on the issues but in fact, she is working on them and unless she gets the report from SOAB she would not have anything new to tell the teachers. She said when the files regarding the department head went missing she reported it and when it was found she also reported it. Besides, that she said the files with the recommendation from government never reached the governor’s office.
The Minister of Education reminded everyone that she came from the education sector and she knows about the things that are plaguing teachers. “Education is close to my heart and it will remain close to my heart but unless I have something tangible and new I cannot meet the teachers.”

Asked if the Minister is looking into the safety of residents of Cape Bay that have been suffering due to toxic fumes. The Minister said that some investigations were conducted and that while the students were placed in other schools until the school was properly protected her department did look into the fumes that might be affecting the residents of that area. The Minister indicated that based on what she knows the Laundry that is in Cape Bay is in possession of a hindrance permit and so is SOL but GEBE still does not have such a permit.
In defending that Minister of VROMI Christopher Emmanuel said that one has to ask why was GEBE allowed to operate for the past 60 years without a hindrance permit. He also said that obtaining a hindrance permit is costly.