Home Local News Minister Justice said he would have preferred if country’s Chief Prosecutor had... 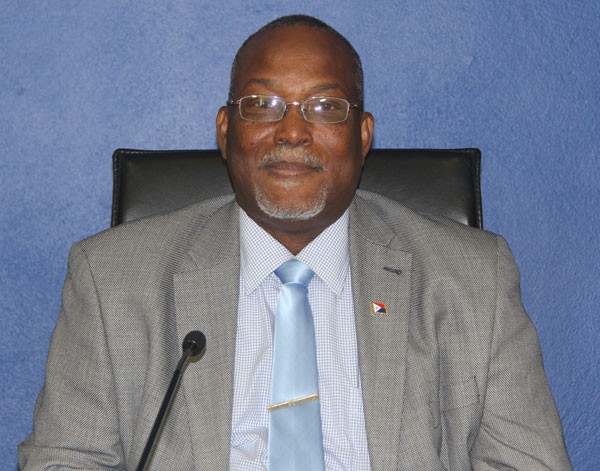 PHILIPSBURG:—Minister of Justice Raphael Boasman made clear when asked by SMN News what actions he intends to take regarding Prison Director Edward Rohan who is now involved in the Octopus investigation. Minister Boasman did not mingle with words when he said that the Public Prosecutor was fully aware that a new Minister would have been sworn him and instead of informing him or government about the Prison Director’s involvement in an ongoing criminal investigation he went to the media to make the information known. Minister Boasman explained that since he recently took office he intends to meet with all department heads including the Chief Prosecutor Ton Maan whom he will ask to provide him with the necessary information for him to take a decision regarding the Prison Director who is still on active duty. Boasman said that he wants to be fair and unless he has the information officially he cannot act. He said the law is clear and soon as he is provided with all information a decision will be taken.
Besides that, SMN News learned that Rohan has used monies belonging to the prison, however, the Minister of Justice said he is not aware of that either. He did agree that there are a number of issues at the Pointe Blanche Prison that has to be looked into.
SMN News also asked the Minister of Justice if he intends to ask the Prosecutor’s Office if they will be investigating the post placed on Trade, Buy and Sell SXM regarding the sale of biometric passports.
Boasman also made clear that he intends to respect the motion passed by parliament where the Minister of Justice has to provide parliament with his plan of approach on tackling crime. The Minister said he respects parliament and while he may not always agree with parliament he will get back to them and provide them with what they asked for especially since he himself is very much concerned about crime on St. Maarten. The Minister further explained that people need to lead and live by example. He said it is not because someone is not working they should commit armed robberies and traumatize other people. Boasman said that while the figures show that crime has decreased on St. Maarten it is clear that the crimes that are being committed are much more violent. He said illegality breeds criminality and when people start taking for granted that they could break the law without any consequences then it becomes the norm. He also said that more has to be done to fully educate the people especially when it comes to the law. He said quite often it is said that there is no monies to execute certain things, however, in his view, there is a lot of things that could be done with very little monies. One thing for sure that has to take place is more communication to assist in solving cross-border crimes.

Source: St. Martin News Network
Minister Justice said he would have preferred if country’s Chief Prosecutor had informed Government that the Prison Director is involved in a criminal investigation.