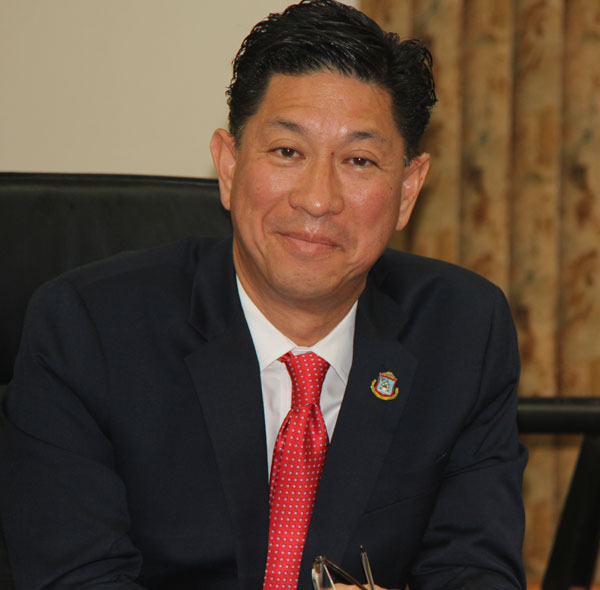 PHILIPSBURG:— Minister of Public Health, Social Development & Labor Emil Lee stated that during a recent radio interview, an impression was created by the host that the use of Generic drugs are less effective, and he wanted to bring clarity on that topic. During Wednesday’s Council of Ministers Press briefing, he stated that by creating the impression that Generic drugs are less effective, it is doing a disservice to our community. “Research with the Inspectorate and pharmacies, clearly show that generics sold on St.Maarten are equally effective when compared to brand Medications” said the Minister.
“It is important to know that the Generic Prescription drugs use the same active ingredients, same strength, has the same performance, and meets production standards just like a brand name drug. In the USA 80% of drug sales are Generics.
The use of Generic Drugs is an important way for the Country to control Healthcare Costs, and is just as effective as a Brand name drug said Minister Lee.
“Creating the impression that Generics are less effective is doing a disservice to the community because it creates a psychological impression that a medication is less effective, which can have a Placebo effect which is an effect produced by a drug/treatment that cannot be attributed to the properties of the placebo itself, and must therefore be due to the patients belief in that treatment” he added.
It is important to mention that the review process for registration and approval in Sint Maarten (and elsewhere) for generics to be allowed on the market for consumer use is the same as for brand name products .
The Minister wants to assure that they are not being cheated or short-changed, if they are prescribed a Generic Medication. “In the event that a person feels a difference between a Generic and a Brand name Medication, they should consult their physician, and if the physician can justify the change of medication to a different Brand, most insurance companies will honor the change” Minister Lee said.
The Minister also cautions the public not to buy Medications from unreliable sources such as questionable internet sites or the black market, because the drugs does not guarantee to be in accordance with the Quality Control Standard. All persons should receive their Medications from the Pharmacy said the Minister.

J.J. and S.T. bask in their winnings with Lucky Pick, Pick 4 and the Caribbean Lottery. | SMN NEWS

July 23, 2021
0
PHILIPSBURG:— Independent Member of Parliament Christophe Emmanuel on Thursday asked the Integrity Chamber to provide its opinion on whether the awarding of the reconstruction...