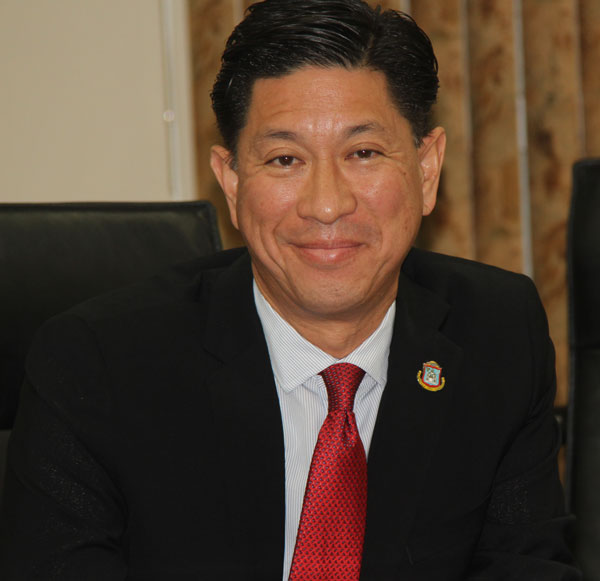 PHILIPSBURG:— We are in the election season. That much is obvious. Creating confusion or fear for political mileage now becomes the norm for some political parties. A prime example of this is the recent opinion piece by the Vice President and political candidate of the UP party Tatiana Arrindell. She wrote a very incompetent and untruthful article which was published in the Today newspaper about our new General Hospital.

I must say that this type of inappropriate behavior, attacks a very large team of dedicated professionals who have put in extremely long hours in order to make the hospital a project for the people of St. Maarten, not those of foreign investors. As the Minister of Public Health, Social Development and Labor who is all about transparency, I had to react to this misleading article during the Council of Minister Press Briefing.

1. The article states that the current St.Maarten Medical center (SMMC) loses money and needs to be subsidized in the millions of dollars annually.

When I first came into office as Minister in November of 2015, SMMC was reporting losses of millions of guilders on an annual basis. This problem was known for several years by previous Ministers. The problem was quite simple: tariffs had not been adjusted since 2004 and costs had gone up.

One of the first tasks in our quest to make sure that our health care system was sustainable, was to perform an immediate rescue plan for SMMC so that it could keep its doors open. The hospital was being reimbursed for procedures that were less than its cost which created financial problems. We have reviewed and made adjustments where it was needed. The hospital is meeting all of its current operating expenditures as well as current tax expenditures. There are still some outstanding tax issues from before the rescue, which will be addressed when the construction of the new hospital begins. Currently, the hospital is operating within budget.

2. Where is the plan to offset the increase in expenses that the larger facility (new hospital) will create? By having our medical services performed locally, the money that has been spent abroad will be spent in our own facility and benefit our local economy; not that of another country. SZV on its own initiative has begun a compliance drive, well documented to the public raising income through compliance without raising taxes. We worked on improving compliance, and for 2016 collections are over 20%. We are also working collectively with Aruba/Curacao on our Medical referrals to bulk our purchases together.

We are in the process of working on a National Health Insurance/National Health Reform. We expect that to go to the Council of Ministers by the end of this month. All of this has been formulated into a business plan which was drafted/approved by the tripartite and submitted to the Committee for Financial Supervision (CFT) for their review. We are taking a very realistic approach to how we are addressing the construction of the hospital to make sure that it’s on a solid financial footing.

3. Another comment made by the UP party: What will improve the quality of care and the perceived reputation is the ability to attract qualified specialists in the primary areas of the care the island needs. They question if there is sufficient business for these specialists to earn the living they envision.

We are almost finished with a cooperation agreement with the French side allowing us to synchronize development and to coordinate specialties. For example, if we develop a specialty on the Dutch side, the French side will not develop the same specialty and will refer their patients to the Dutch side, and vice versa. This way we can increase the customer base to the full size of the island. This will also attract qualified specialists because they would have a larger population base to work for. This will create an environment that will attract regional tourism for advanced medical treatment.

4. The UP author continue to claim that unless the lack of qualified specialists is solved through a well-planned and feasible approach- as was the case through medical tourism, the problem of losses to the SMMC and higher expenses for the SZV will continue and even increase . The UP party had a complete solution for the hospital where specialists would have been available and not a financial burden to SMMC or SZV.

The UP party was looking at a very expensive hospital where the country would fund the capital expenditure to build the medical tourism wing. The party planned on then outsourcing it to a third party, for them to exploit it for profit. In their plan, they were talking about 6 operating theaters, of which 4 of them would belong to the medical tourism entity and only two for our hospital. In our plan, we have 4 operating theaters all for St. Maarten and the region. Why can’t we have our country build a medical tourism section and bring in the specialists that we need, train the people that we have, and bring our people back home? The profit will stay within our country instead of being exported to an outside party.

5. Minister Lee should have seen that the UP plan would not only solve the medical issues of the island but broaden the base of the island’s economy: tourism.

If we make the New General hospital a medical center of excellence (which we most certainly plan on doing), it will indeed diversify our economy. If the quality of the services is proper then we would naturally attract business from the neighboring islands. The Economic impact of the General Hospital will be huge for our economy.

Again, political stunts like this are unacceptable, with something as important as our hospital. It’s sad to see that UP and its surrogates are continuing to make the new hospital a political football . Years of neglect by previous Ministers of Health, ignoring that the tariffs had remained the same for over a dozen years despite constant information being submitted took the SMMC from running profitably to running at a loss. As Minister of Health, I will not sit back and watch any party slander the hard work that was put in by dedicated professionals whose only interest is to work and serve the people of St. Maarten.