Home Local News Minister of Education said article about student based on lots of fiction. 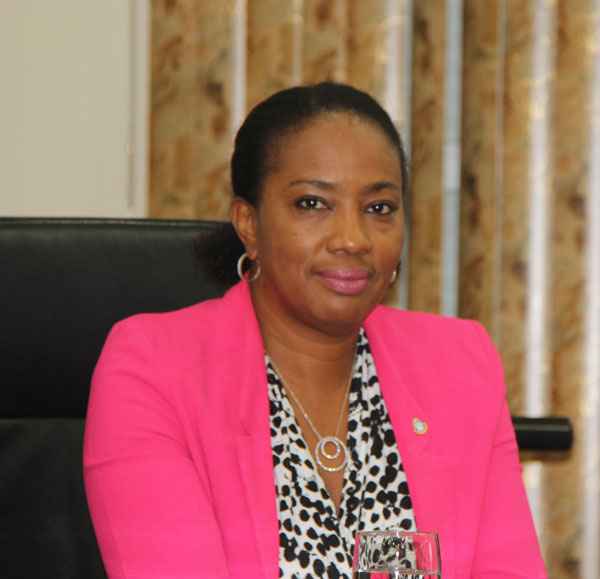 PHILIPSBURG:— Minister of Education Silveria Jacobs said on Wednesday that the article written by the Today newspaper about a student that made front page had lots of fiction and not based on facts. The Minister said the article is very damaging and even though she addressed the issue last week during the press briefing she elaborated some more when asked by SMN News to do so now the father of the student broke his silence.
The Minister said that the article was written to create sensation and what looks more like an opinion ended up on the front page of the newspaper. She said instead the author and editor chose to use the photograph of the student that is studying abroad and stressed that the case is of a private nature. Minister Jacobs said because of the article and the use of the student’s name and photograph it has affected the family even more. She said the author of the article even went as far as stating that the student should not have gotten study financing. Minister Jacobs said that she knows the family, she also trust the civil servant and his integrity and therefore she is not at all in support of the statements made in the media without corroborating facts. She said that the civil servant in question has his battles to fight involving his son but at some point the matter regarding the article will be dealt with in the legal realm.
The Minister of EYS stressed that she explained several times that it is the Minister of EYS that takes decisions on Study Financing and moreover have explained the entire procedure which also gives students the right to appeal. Minister Jacobs said that it’s been a while now that the division head of Study Financing have been accused of taking decisions on study financing even though both parents and students know the procedure.
Minister Jacobs said that youths on St. Maarten and even around the world make wrong choices and did wrong things including adults and this will continue to take place and even though her Ministry does not condone wrong doing she has been begging the media on St. Maarten to try and write some positive things about the youths on St. Maarten. “Many times I had to stand at the podium and beg for a front page on the good things the youths on St. Maarten do, sometimes it happens and sometimes it just don’t.”
The majority of students abroad and even those on St. Maarten are doing well in school even though government would like to see better performances, the results from the colleges in the USA during her visit there last month was because of the performance of students studying in the USA. Minister Jacobs further explained that the student is not on probation at his school however, the article that was printed was maliciously sent to the school while accusations are flying left, right and center and to exactly what happened. She said the meetings held with Tallahassee community College was strictly pertaining to MOU’s that needed to be revisited.
The Minister also made clear that Division Head Antonio Aventurin went on that trip as the head of the division (study financing) and not in any other capacity. She also said that the trip to the USA brought about fruitful achivements.
Asked if the article will affect the relationship between St. Maarten and Tallahassee Community College, the Minister said she does not think so as they are still working on the MOU and if the intention of the article was to server to damage the relationship with the school and St. Maarten she is extremely disappointed.