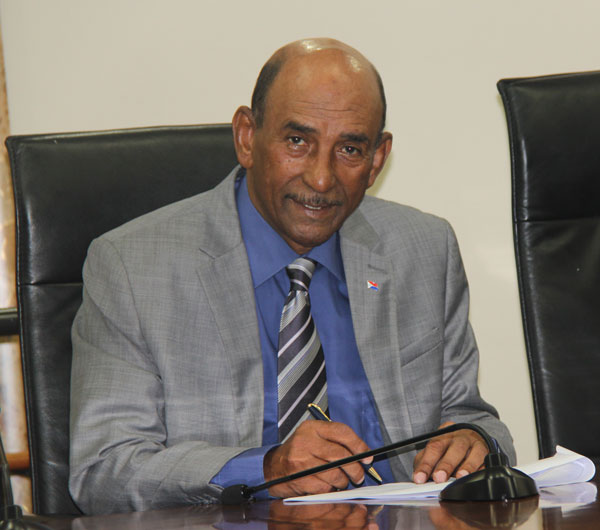 The Minister said that the only thing they have to do now is find ways to fund the project. The Minister of Finance further explained that its time they as government provide the needs of the people.

Asked by SMN News if government has a plan to provide jobs for those persons who would take the opportunity granted to them and further their studies in law, especially since there is at least one young person that has at least three masters’ degrees in law and have applied to government for a job and to date she did not get a response from government.

The Minister said he personally is not aware of that person because the department of legal affairs do need people to work and while they would need to do background checks on the candidate they would like to have the person send back their application and resume to them in order for them to see where and how she can be placed in the administration.
He said in Belize its $4,360 per capita, while in Barbados its $16,000 while in St. Maarten the GDP per capita is $26,000. Jamaican $4,909 per year. Gibson said the reasons these countries have access to international programs and grants to assist their people and country, simply because they are considered as low income countries, while St. Maarten cannot get the same as the other islands because St. Maarten falls under the middle income bracket, therefore the country has to fund itself.

Another topic the Minister touched on was the salaries that Directors of Government owned companies are paid, he said most of these directors salaries are much higher than the Prime Minister that is responsible for everything that takes place in the country yet there are directors earning a higher salaries and even those companies that are reporting that they did business at al lost are paying out huge bonuses to the directors and those in management of government owned companies.

The Minister of Finance said he intends to take a proposal to the Council of Ministers to deal with the salaries of government owned companies.