Home Local News Minister of Finance of St. Maarten and Curacao discussing the suspension of... 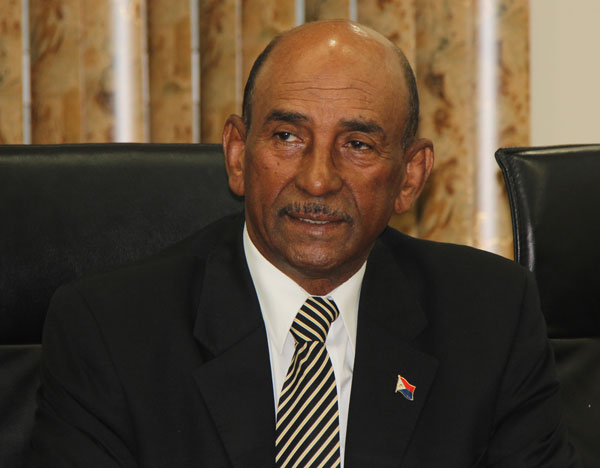 PHILIPSBURG:— Minister of Finance Richard Gibson will be travelling to Curacao as early as today (Wednesday) to meet with the Minister of Finance to discuss the way forward regarding the President of the Central Bank of St. Maarten and Curacao Emsley Tromp.

Gibson told reporters that as reported in the news last week Tromp’s home was searched and he is currently under investigation and as such they believe that it would be wise for them to suspend him from his position until the investigation is completed. Tromp has been accused of committing tax fraud.

Gibson said that they are now discussing the matter and no final decision has been taken as yet on the way forward he said that a decision might be taken as early as Thursday. The Minister said that even though the current investigation has nothing to do with the Tromp’s job they believe that it would be best for him that he placed aside since he would be having a cloud over his head and such he would not be able to functionally.

Minister Gibson also stated that while in Curacao he will be discussing the financial statements of the Central Bank and the projected dividends which amounts to NAF. 10M. The Minister said he is anxious to complete this task because every penny collected will be helpful to St. Maarten.