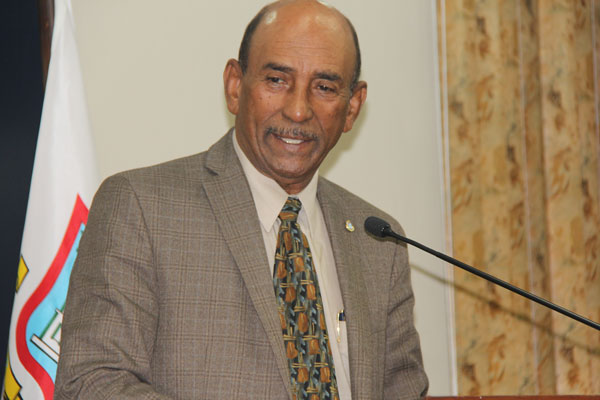 PHILIPSBURG:— Minister of Finance Richard Gibson Sr. confirmed to members of the media that the IMF visited St. Maarten last week and they confirmed that St. Maarten had a growth of 0.5% in 2016, they projected that the country’s growth will increase in 2016 to 0.7% while they projected that the growth for 2017 will be 1.7%.
The Minister said that there has been a global slow down over the past 10 years. He said the chart clearly shows that the countries enjoyed a GDP growth up to six to seven percent. However, that growth have been declining worldwide including the USA. He said currently the average global growth is 2.7% to 3%.He insisted that St. Maarten had a GDP growth of 4% to 5% but that too is declining.
The Minister of Finance said a number of steps would have to be taken locally to withstand the global recession that is approaching in order for the people of St. Maarten to outlive it without too much shocks. He said the meeting with the IMF was good, they were surprised that St. Maarten is doing good generally but also made some suggestions.
Minister Gibson also announced that last week he attended the ECLAC meeting in Mexico on behalf of the Prime Minister. He said the ECLAC meetings is held to discuss the economic and sustainable development of countries of the Latin America and the Caribbean. Gibson said the meeting was interesting and fruitful, therefore he asked his staff to prepare for a Town Hall meeting so that he could share the information he obtained at the ECLAC meeting with the general public.
He said when such meetings are held the information is given to the Council of Ministers and Parliament but it is never filtered down to the general public to make them aware of the worldwide developments and that of the Caribbean.
He said that the people of St. Maarten needs to get the information because changes have to be made and as such if changes are to be made then the people must be involved and instead of having politicians making decisions and then the public is informed, he chose to first inform the general public what is ahead of them then the politicians will make the necessary changes with the people’s involvement.
Gibson said at the ECLAC meeting it was disclosed that less than 1% of the world (62 persons) owned and controls 50% of the assets of the entire world, while the other 50% is spread around the world. He said this alone creates a problem worldwide. He said as a result of this there is a global slowdown because goods that being produced are not sold worldwide because the monies to buy those goods rests in the pockets of 62 people, thus trade has been reducing slowly, therefore he believes that this type of information has to reach the grassroot (the people) in order for them to decide how they intend to move the country forward with the assistance of the people. 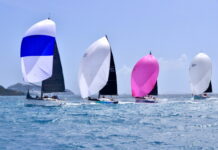