Home Local News Minister of Health in conjunction with IVSA will conduct independent audit at... 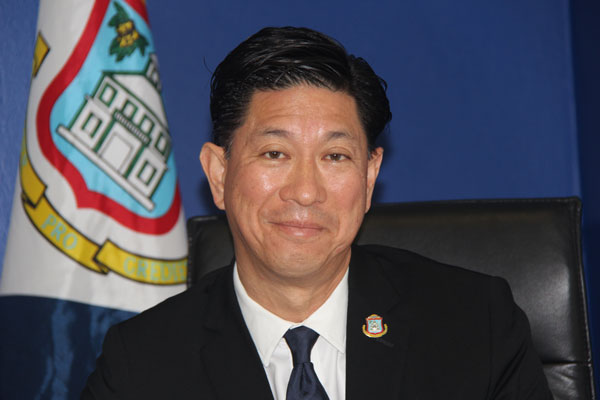 PHILIPSBURG: —Minister of Health and Labor Emil Lee announced on Wednesday that he has taken the decision to conduct an independent (external) audit at the St. Maarten Medical Center (SMMC) since there has been some strain or tense environment between the management of SMMC and the Inspector General, which is not conducive to developing the quality of care for St. Maarten.

Minister Lee said he received a number of complaint letters, rumors as well as melee circulating in the community, as such since the Ministry is working on improving health care on every front and SMMC is the cornerstone for health care and are going through its legal challenges which are being worked on. He said while his Ministry is working on all other fronts, management, qualification, staffing, procedures, as well as protocols are critical parts of the institutions in order to deliver quality health care.

Minister Lee said that the audit will take 4-6 weeks before it commences and it be as broad as possible which would also include the referral process, some of the areas the auditors have to focus on are governance, relation to quality of care and patient safety, quality management of SMMC, such as complaints, calamities, protocols, PDCA cycle, patient safety, confidence in the functioning of specialists, the OR, ICU, dialysis, and blood bank. All of the above the Minister said should take about 5 working days when the audit commences.

The Minister said he wants an impartial opinion since the current discussions have become emotional that are laced with history such as fear, accusations, which he believes does not work in the end. He stressed having an external body giving a firm and independent opinion on what has to be done and create an action plan is in his opinion the right way to go.

Asked by SMN News if SMMC and other department do not have to work and comply and or cooperate with the Inspectorate, the Minister confirmed that is indeed the case, asked when departments do not comply what actions he takes, he said that he would do everything within his power to ensure that the departments comply, and in this case he is bringing in a third party to conduct an audit. The Minister said that SMMC is much more concerned about what is published in the media since they are tried and judged before they even get an opportunity to respond.