Home Local News Minister of Health yet to look into the Westin Dawn Beach suspect... 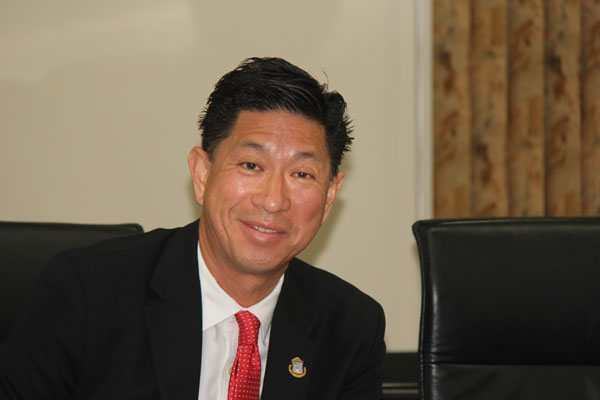 PHILIPSBURG:— Minister of Health Emil Lee is yet to gather information and to order an investigation into what exactly transpired two weeks ago when Levi Webster was misdiagnosed and sent to the Dominican Republic for medical treatment through SZV while the patient was not even insured with the health insurance company. Webster, an ex-convict is an employee of Checkmate Security but at the time of the Sunday morning shooting two weeks ago at Westin Dawn Beach the employee was not registered by the security company at SZV.
Several persons in the community are now complaining that people that had serious injuries were denied treatment at the St. Maarten Medical Center (SMMC) when they are not in possession of their SZV insurance card.
Some persons that spoke to SMN News said that when one enters SMMC emergency room there is a huge sign that states that if a person does not have medical insurance they must make a down payment of $100.00 before they could see a doctor.
One person was quoted as saying that they do understand that it was a shooting and everyone including criminals and or suspects have a right to medicare but they also believe that SMMC should be more considerate when it comes to denying hard working people treatment. As for the surgeon who misdiagnosed the suspect/victim they feel an investigation should be conducted while the SZV should have the company cover the full expenses of the patient that was air evacuated to the Dominican Republic for medical treatment.
SMN News also asked Minister Emil Lee for his take on the press release sent out by Member of Parliament Christopher Emmanuel on the layoff of workers at Maho. Minister Lee said that the labor mediator is busy with the case but based on what he knows is that workers are being transferred from one company to another. He said all the workers that are being transferred will get their full benefits and he also felt that he was clear when he stated that the labor mediator is still working with the employees and the employer.

Source: St. Martin News Network
Minister of Health yet to look into the Westin Dawn Beach suspect that was misdiagnosed at SMMC.