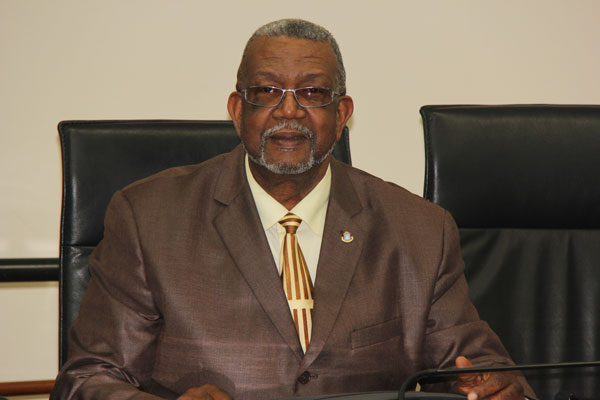 PHILIPSBURG:— The Minister of Justice Edison Kirindongo met with representatives of various unions namely the NAPB, ABVO and the WICSU/PSU to discuss the issues the unions wants to be regulated for prison workers. The unions had given the Minister of Justice an ultimatum to meet their demands by Tuesday, September 13th, 2016. One of the demands the unions made is proper safety and security for their members.
In an invited comment, Minister Kirindongo said that he met with the unions on Tuesday afternoon where they had a fruitful meeting. The Minister said it was not proper for him to release details of the meeting since the union has to meet with their members again to update them on the outcome of Tuesday’s meeting.
Another issue that was addressed is the amount of prison guards that are out on sick leave that needs to return to work.
Minister Kirindongo also stated that he had to work over the weekend to meet the ultimatum given to him by the unions in their letter, however, he could not achieve all that they wanted because he still has to obtain information that was not available to him over the weekend.
The union called out their members on Thursday to a meeting which was held at the WICSU/PSU office where they held a lengthy meeting before walking over to the government administration building where they dropped off a letter to the Minister of Justice at the department of General Affairs. At the time the Minister was off island on a working trip but had to return to St. Maarten to deal with the issues of the Pointe Blanche prison most of which had to do with the management of the house of detention.