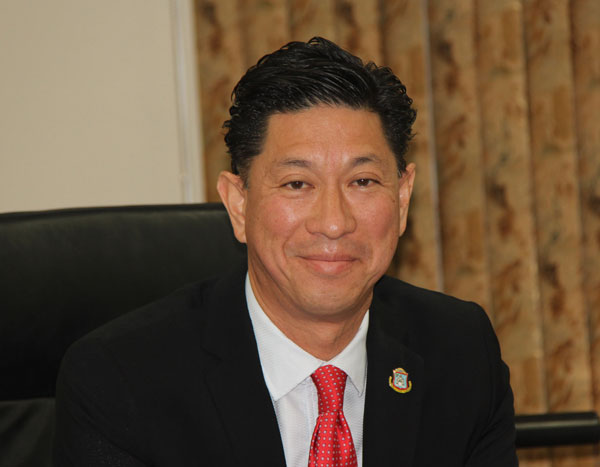 PHILIPSBURG:— The Minister of Labor Emil Lee confirmed on Wednesday that he has been getting complaints about the OPCs that are mostly residents of the French side that are operating throughout the Dutch side illegally. The Minister said that these persons have been harassing the island’s visitors and the workers of his department are not responsible for arresting people that are working illegally on the island, that he said falls under the Justice Ministry.
Minister Lee said he also gets complaints that some store owners on Front Street have very aggressive sales people on the road that does not allow the tourists to walk and shop at their own free will. Lee said it is somewhat difficult to catch the OPCs because when they see police or the inspectors they would blend in with the tourists walking around on Front Street and there is no way to catch them red-handed. He further explained that he is in discussion with the French authorities because most of the OPCs are residents on the French side that are collecting unemployment funds and other social benefits while they work on the Dutch side in the dark. He said this is something the French would want to know about and find solutions to the problem that is plaguing both sides of the island.
On Wednesday, at least three OPC of European decent were setting up shop in front of Blue Point, however, police were notified of this and according to Police Spokesman Ricardo Henson a patrol was sent to the location and the patrol made sure the OPC’s moved away. Asked why these persons were not detained Henson said that police cannot detain them just yet but they are now working vigorously on a plan to stop the OPCs from working on the Dutch side.

Source: St. Martin News Network
Minister of Labor discussing with French authorities about the OPCs working on the Dutch side —- Police ran 3 European OPCs from Pondfill.