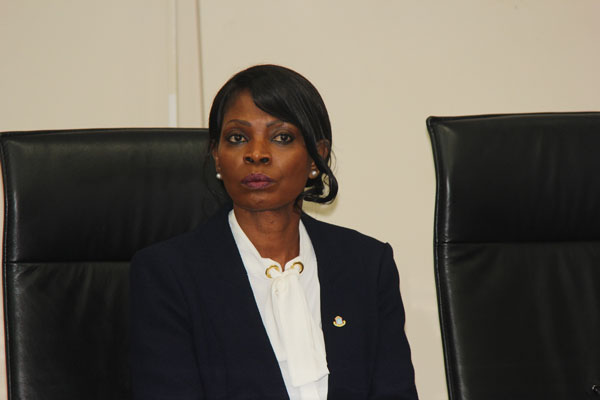 PHILIPSBURG:— The Minister of TEATT Ingrid Arrindell explained to members of the press on Wednesday that she was busy representing St. Maarten abroad these past weeks therefore she was unable to attend the weekly press briefings.
Most recently, the Minister said she attended the 36th Annual Columbian Association of Travel and Tourism (ANATO) since the South American market is an important market for St. Maarten, therefore it was necessary for the country to be present to express their commitment to the Latin American market. Minister Arrindell said one of the main reasons she attended ANATO was to discuss and present the cooperative marketing plan which is specifically geared at promoting and developing the South American market with COPA Airlines and COPA vacations. She said COPA Vacations along with St. Maarten/St. Martin and Anguilla signed a memorandum of understanding which will be marketing in the South American market. Countries targeted are Argentina, Brazil, Chile, Colombia, Panama, Uruguay, and the Paraguayan market. Minister Arrindell further explained that the South American market is declining and it is imperative that St. Maarten and the surrounding islands adjust their market strategies if they want to keep COPA Airlines.
Besides that the Minister said that she held talks with WINAIR along with Airlines in order for them to fill the gap that will be left vacant by Jet Blue who intends to stop their Puerto Rican flights. Arrindell said she did not speak with Jet Blue as yet to see if they will really drop the route because even though Air Antilles is willing to pick up the route the seating capacity on Air Antilles is not the same as that of Jet Blue.
To further boost the island the Minister of TEATT also met with some of the organizers of St. Maarten music festival who was hampered while here last week and the French side roads were blocked. The Minister further explained that she managed to make alternative arrangements for the visitors since they were not able to visit the French side and they spent over $60,000.00 at one night club.
Minister Arrindel also explained how she managed to decrease the prices of LPG gas in order to give the people some relief. The Minister said several of the businesses that are selling gas complained about the drastic decrease but she made clear that based on the law she is allowed to take the decision to grant consumer much needed relief.
With regards to the situation at PJIAE, the Minister said that she as Minister cannot intervene in the former director Regina Labega case since she is not the one dealing with VDSM. She confirmed that a letter was sent to the supervisory board informing them not to take decisions that will hamper the government owned company.
However, the Minister who admitted on the record some time ago when asked by SMN News if they are negotiating with Labega to hire her as a consultant said on Wednesday that she never admitted or confirmed that those negotiations are ongoing.