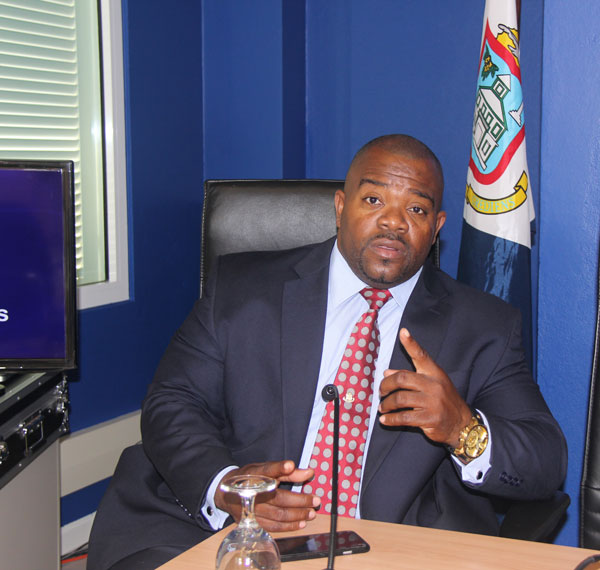 PHILIPSBURG:— The Minister of VROMI Christopher Emmanuel confirmed to SMN News when asked what he as shareholder representative is doing to ensure that the seats on GEBE board is fully occupied, knowing that the chairman of the board has health related issues that landed him in hospital two weeks ago and one seat was vacated by now MP Romeo Pantophlet. Minister Emmanuel said that he has someone in mind that will fill the seat vacated by MP Pantophlet, that person SMN News reported to Claudius Buncamper.

According to information SMN News received is that government is awaiting an advice from the Council of Advice prior to appointing Buncamper to the Supervisory Board of GEBE.
As for the chairman who is out on medical, the Minister said that his intention is to discuss with the Council of Ministers to have the Chairman replaced especially knowing his medical conditions. He said that one of the things the Council of Ministers has to do prior to taking the decision are to evaluate the Chairman of the GEBE Supervisory Board medical status before taking any decisions.

Another question posed to the Minister which he said he has no answer to was the testing of GEBE water at SLS. According to information SMN News received is that GEBE recently chose not to take their water for testing and are also not paying SLS for their services. SMN News learned that GEBE claimed they are testing their own water but according to the legislation that is in place, the company that is producing water has to have their water tested by an external laboratory. Even though GEBE has been taking their water samples to SLS for testing and is not paying their bills, it is now understood that the new CEO of GEBE is claiming that the company does not have an agreement with SLS and such has not been paying their bills and has refused to take drinking water for testing.

It should be noted that while all of this taking place behind the scenes, inspectors that are testing water throughout the island found e-coli  and legionella water-borne diseases in some areas that would raise eyebrows, even though all of this was made known to the Minister of VSA who is responsible for the testing of drinking water he has so far remained mum on the issue but constantly rants on the VAMED verdict which he said is hampering the construction of the New Hospital by INSO. 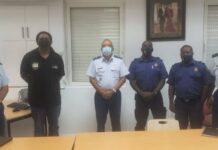