Home Local News Minister of VROMI working on finding solution for the “DUMP” and Philipsburg. 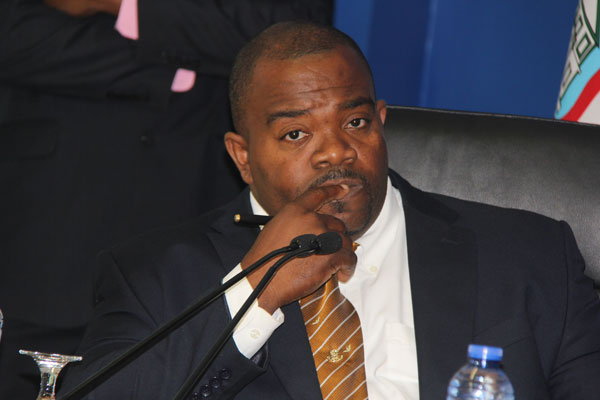 PHILIPSBURG: — Minister of VROMI Christopher Emmanuel and the department of VROMI are working closely to find solutions for several issues that are plaguing the island.

Emmanuel told members of the media at the weekly press briefing that he held a very fruitful meeting with the department of VROMI and the head of maintenance Claudius Buncamper. He said during that meeting he learned that several of the listing stations on the island needed to be upgraded since they are not in proper working condition.

Some of those stations that need upgrading are the ones that are connected the pressure line in Belvedere and Bishop Hill. Apart from that the Minister said that government is working very hard to find a permanent solution to fixing Philipsburg, not only Back and Front Street but the entire Philipsburg. The Minister made clear that the bricks on Front and Back Street are not working and it makes no sense doing over the bricks when the sewage and under infrastructure below was not installed. He said he will not subscribe to having the bricks laid and a few months down the line it would have to be removed in order to install sewage and other lines.

The Minister explained that Back and Front Street are not customer friendly, especially for the persons in wheelchairs. He said another hindrance is the Amsterdamer’s that placed alongside the sidewalks, those he said have to be removed and a proper sidewalk has to be constructed for those persons using wheelchairs. The Minister called on everyone to do their best to beautify St. Maarten especially the Philipsburg area. He also addressed the condition of the beaches in Philipsburg and the amount of stray dogs that are on the beaches. The Minister said he has not taken any decision as to how government will tackle that situation but discussions are ongoing within the various Ministries.