PHILIPSBURG:— The contract that the Director of USZV Glen Carty, Minister of VSA Emil Lee intends to sign with INSO on August 31st is misleading and not in the interest of St. Maarten and its people.

SMN News already indicate in its first article that the New Hospital will not have a dialysis center, oncology center and the private wing that was supposed to cater to medical tourism.

Based on the content of the  contract, it states that USZV or 100% owned subsidiary (special purpose vehicle to facilitate the financing) is the contracting party for the contractor. SZV will become the owner of the new hospital and medical equipment and will lease the hospital on a long-term agreement. Meaning that the Minister will create N.V’s or holding companies in which he will transfer the AOV funds to avoid any kind of supervision from the SBOD.

This in itself is a means to circumvent the law on the protection of the AOV funds, the law clearly states that the AOV funds can only be used to pay pensioners and the funds have to be built up for “bad times”. Currently, there is no law that allows the Minister or USZV to spend the AOV pension funds for any type of investment. Yet the current Minister of VSA, who claims he is transparent did not see the need to follow the advice given to him to change the law in order to legally use the AOV funds, instead he chose to find ways to circumvent the law, and by extension committed the current director into misspending the AOV funds while there is also no performance contract for said director.

Another lie fed to the people of St. Maarten is a booklet that was circulated stating that SMMC will make a presentation to the Supervisory Board of Directors (SBOD) of USZV on Saturday, August 6th, 2016, which never took place.

Even though the concept of the contract states that USZV reserves an area to build the dialysis center, there is nothing that states who will build and finance the dialysis center and if this project that produces a good income for the hospital will be outsourced to special parties who would eventually lease it to the hospital while the “unknowns” will be making the monies.

Health Studies were done on St. Maarten shows that the population of St. Maarten is plagued with cardiovascular diseases (that has multiple effects on other organs of the body) hypertension, diabetes, and obesity among others. This means the populace of St. Maarten holds a high risk of people suffering from kidney failure.
Current Dialysis Center at SMMC
The current dialysis center at SMMC has 10 functional dialysis machines, the center opens at 7:30am to 11pm at night. The dialysis center does two functional shifts in order to provide three to four hours of treatment to each patient that needs dialysis to live or until they could obtain a kidney transplant. SMMC dialysis center works 15 hours per day, meaning every machine is used for three patients per day (average 30 patients) per day that has to do the three treatment at least 3 times a week. Rough calculations show that there are more than 100 patients per week that use the dialysis center and the amount is increasing. Based on that alone it is of uttermost importance that any hospital more over a state of the art hospital has in place a dialysis center not only to provide national health care but it is also a part of the hospital that generate funds that could offset the loans.

Dialysis treatment replaces the functioning of the kidney to remove toxins and excess fluids from one’s blood. Patients that have kidney failure and do not have dialysis treatment eventually goes into a coma and dies. The small assessment on the need of a dialysis center on St. Maarten should open the eyes of the people on what they are getting for the USD60M the Minister and Director of USV will be committing the people to when they invest the AOV funds. One may argue that St. Maarten do need a bigger and better hospital, but what benefit would a bigger building without the necessary facilities such as a dialysis center and oncology center offer the people of St. Maarten. Not only how could this new hospital benefit St. Maarten if the current management is not changed or brought up to par, since they were part of the bidding committee that review the bids and chose to select a contractor that will not be providing the basic needs that would benefit the people and reduce the transferring of patients abroad.

In the agreement, it states that the following persons will be the ones awarding the contract are the following:-

Again the contract further states that as part of the process USZV will have to present the outcome of the evaluation process to its Board of Supervisory Directors and the Council of Ministers only thereafter the candidate will be informed. (So far the SBOD of USZV did not get any presentation of the Tender Process, instead, the cover of a booklet was circulated stating that it was done on Saturday, August 6th, 2016.)

SMN News will be bringing out a series of articles on the New Hospital based on the bidding process and documentation this news entity obtained. 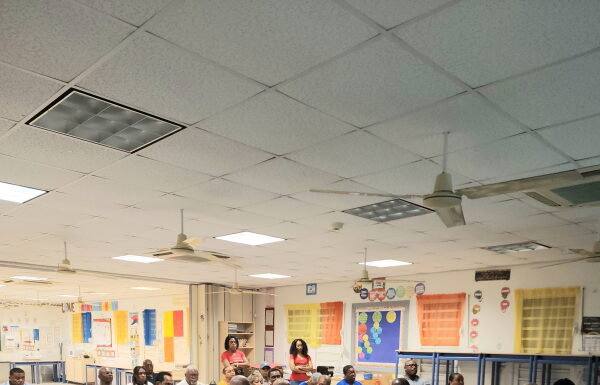 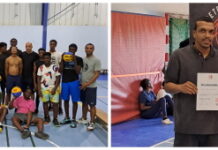 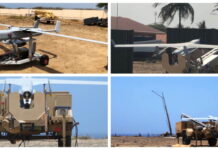