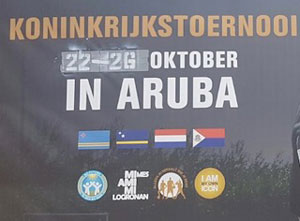 PHILIPSBURG:—- Minister Silveria Jacobs attends Kingdom Tournament “I am my own icon” in Aruba. In May 2016 the Ministry was informed by a representative of the Ministry of Security and Justice in the Netherlands of the intention to revive the concept of the Kingdom Games with the theme “Alleen Jij Bepaalt Wie Je Bent” “Bo futuro Ta Den Bo man” “Mi Mes Ami Mi Logronan” “I am my own icon”.

The tournament is the initiative of the Minister of Internal Affairs and Kingdom Relations Ronald Plasterk and is being organized by the Ministry of Justice of Aruba and of the Netherlands. The tournament takes the following stance “I am my own icon” and it is an intervention program aimed at the youth between the ages of 12 and 17. The program, an initiative of the Ministry of Justice, utilizes sports such as baseball, basketball, and soccer to engage the youth positively to ensure that they engage in positive behaviors. The program started originally in the Netherlands and was later introduced on the island of Curacao. It was then introduced on Aruba and was started on Sint Maarten two months ago and it is the intention for it to be fully executed on Sint Maarten. The program aims to reach the youth within the various schools, give them an outlet to express themselves whilst ensuring that they continue their schooling. Support is also given to the sports organizations executing the program to ensure the continuity of the program.

The Minister of Education, Culture, Youth and Sports Silveria Jacobs along with the Department of Sports Head, Jonelle Richardson have been attending the tournament in an observatory capacity and have met with representatives of the Ministry of Internal Affairs and Kingdom Relations to discuss the organization of the tournament, the theme and how such a program can be implemented fully in St Maarten. As the program is an initiative of the Ministry of Justice, the Ministry of Education, Culture, Youth, and Sports will seek to assist where possible to ensure that the relevant target groups are connected to the program.

The Minister of Education, Culture, Youth and Sports Silveria Jacobs commended the play and effort of the baseball players thus far and the coaching staff who are in charge of the players. The Minister further highlighted the great attitude and behavior that has been displayed here in Aruba by the team, “they are definitely representing Sint Maarten positively and they are to be commended” stated Minister Jacobs. 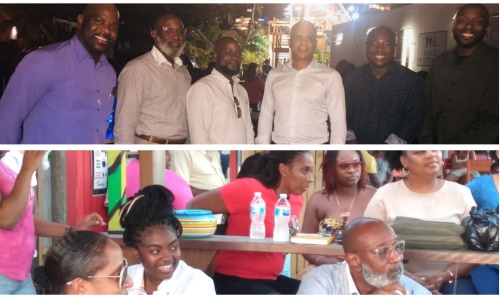 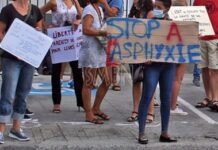