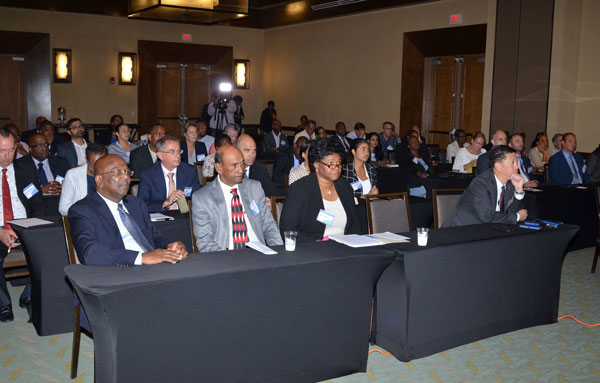 DAWN BEACH:— The Ministry of Finance called upon key (internal) stakeholders to take part in a critical discussion during the Tax Summit of Friday June 17th to improve tax compliance. In attendance were the Prime Minister William Marlin, Minister Public Health Social Development and Labor Affairs Emil Lee, and Minister of Education Culture Youth & Sports Silveria Jacobs during the first hour as well as representatives of the various Ministries of Government as well as the SZV, SOAB, SER, CFT, Ombudsman and Council of Advice.

“A lot of territory was covered. We are all in this together because we will either pick the fruits or drink the vinegar.” Said Minister of Finance Richard Gibson.

The Tax Administration generates about 85% of the countries revenues, which is now in decline. At 22.9 percent of the GDP Sint Maarten is severely underperforming in tax collection compared to some of the other countries in the region. Topics of discussion covered internal, inter-departmental concerns and external threats. The current Tax Administration has inherited many of its issues from the former Netherlands Antilles which have not been adequately addressed and is now faced with the lack of budget to invest in the necessary solutions.

Financial consultant and Tax advisor, Etienne Ys presented the results of an assessment of the Tax Administration which encompasses the strategic plan of the Tax Administration, the required stakeholder collaborations, investment and prospect on return on investment; a 3 year phased transformation plan for the Tax Administration services of Sint Maarten. According to Mr. Ys, the plan would increase tax revenue to at least 26 percent of GDP within 3 years and produce an annual revenue of ANG 500 million Guilders. This increase will significantly bring Sint Maarten in reach of the 30 percent of GDP comparable to the neighboring countries. This would enable the Government to mitigate the unbalanced income distribution in the country, properly invest in education, public health, youth, sport, justice, tourism, infrastructure and the environment, induce fair competition in the marketplace and more. “Sint Maarten should strive for a Smart State of the Art Tax Administration. An administration with a 21st century IT system, with which the tax payer can fulfill all its duties over the internet. An administration with a one window approach,” said Mr. Etienne Ys.

Secretary General Arno Peels and the Head of the Department of Fiscal Affairs Janio Chayadi gave a brief run down on the tax framework that has been approved by the Council of Ministers. Most notable message in this field is broadening the tax payers base by simplifying the regime, abolish undesirable regulations and a shift from direct to indirect taxes. This message follows the leading international perceptions as presented in the Mirrlees Review in 2011.

Minister of Finance Richard Gibson spoke clearly in addressing the attendees, stating that the issues at hand concerns everyone and full cooperation is required between all entities. Glen Carty of Chairman of SZV shared the success story of ‘working together’ in reference to the Tripartite of the new national hospital project.
“We put aside our kingdoms and our ego’s for country Sint Maarten.” – Glen Carty Chairman of SZV

An example of further elaboration of “success through collaboration” was given by Elton Felisie of SZV. In the first 5 months of 2016 SZV was able to significantly increase collections for AOV/AWW and ZV/OV combined by 13.9 percent in comparison to 2015. This was achieved through collaboration with the entity SBAB. Mr. Felisie went on to point out the collaboration opportunities that exist in his view.

Throughout the summit attendees also made clear statements not to forget the people aspect when approaching change. ‘The people of Sint Maarten must be taken into consideration at all phases and improving education as well communication is key to acquiring a voluntary compliance climate.’

Minister Richard Gibson closed the Tax Summit by emphasizing to all present that, “the required change is not optional, it is a must!” Concerns regarding guarantee of implementation of new plans and actions in a climate of unstable government were acknowledged by the minister, however not considered as valid reasons not to act now.

‘There are two guarantees in life; death and taxes.’ – Minister Richard Gibson, Ministry of Finance

July 29, 2021
0
MARIGOT:— The deteriorating social climate at the Collectivité is evident: • The absolute personalization of presidential power, • The establishment of a new class of arrogant and disrespectful technocrats at the top ranks of the local administration from metropolitan France.•...
Read more

Construction firms, Builders and Trenching Contractors must be Prepared & have Storm-Ready Plans. ...

July 29, 2021
0
PHILIPSBURG (DCOMM):— The Ministry of General Affairs Fire Department/Office of Disaster Management (ODM), is appealing to the building sector, to have storm-ready plans in...

July 29, 2021
0
PHILIPSBURG (DCOMM):— The Ministry of General Affairs Fire Department/Office of Disaster Management (ODM), is appealing to the building sector, to have storm-ready plans in... 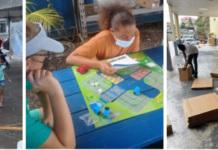 200 students and faculty of American University of the Caribbean School of Medicine participate...

July 29, 2021
0
PHILIPSBURG:— The American University of the Caribbean (AUC) is proud to announce that more than 200 students and faculty participated in Community Action Day...

July 29, 2021
0
PHILIPSBURG:— The American University of the Caribbean (AUC) is proud to announce that more than 200 students and faculty participated in Community Action Day...

July 29, 2021
0
PHILIPSBURG:---  Member of Parliament Claudius Buncamper is questioning who the suggested property tax will apply to. This quarry comes at the heels of the presentation...