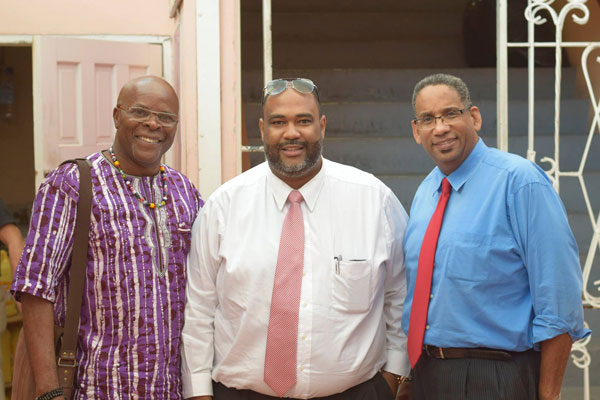 PHILIPSBURG:— AVA Airways was granted its business economic permit to operate its Airline business plan. According to the Chairman of Ava Airways, Olivier Arrindell the airline is now on its way to certified its Airline and finalized with their Airline Operators Certificate (AOC).
AVA-director Olivier Arrindell feels very positive and looking forward to working with the St. Maarten Civil Aviation Authority. According to him, It’s time for St. Maarten to get out of IASA CAT 2 and move the island into the right direction of Aviation. St. Maarten needs airlift. The island cannot be dependent upon North American traffic anymore,” Arrindell in an invited comment. Recently Arrindell and The President of AVA Airways Curacao Giovanni Atalita presented AVA Airways plans to the Ministry of Transportation, Civil Aviation and Economic Development, “One of our main objectives is to learn from the past and to propose a bold new direction for commercial aviation in St. Maarten. St. Maarten’s economic situation needs this at the moment. St. Maarten’s only local airline, Winair is going through some financial tough times due to its way of thinking and narrow legacy view of things. Insel Air is a Bankrupt Airline that keeps getting help from Government of Curacao St. Maarten has no way to compete with the high cost of travel within our Antilles. The financial institution Korpodeko has 20% of the shareholdings of Insel Air and lent the Insel Air some needed cash. This is wrong and is a violation of the fear trade agreement within the Kingdom. Insel Air has serious financial problems because of the way they manage their company not because of funds stuck in Venezuela. This is just an easy excuse. Korpodeko will also look to other financial institutions for the other part of the amount need by the airline. This doesn’t give much hope for the airlift and the economy of the island,” Arrindell stated. “Right now, the fastest growing market for St. Maarten and the Caribbean is Latin America and it’s mostly premium traffic. Meaning, Latin America does consist of more countries and not only Panama. I understand that St. Maarten has a historical connection with North America, but right now it’s time to expand our borders. There are other markets out there,” Arrindell indicated. Olivier Arrindell has been in the aviation business for almost a decade now. He said that one of the things he always sees is that Aviation companies in St. Maarten do not focus on new ideas. “It feels like the airlines, especially in St. Maarten are stuck in time. “They tend to follow the same ideas that others have done in the past. This does not work anymore. You have to be innovative. This is the only way you will survive now,” Arrindell said.
AVA Airways will start its operations with the A319/A320 aircraft types. The Airbus A320neo family is a family of aircraft under development by Airbus replacing the predecessor A320 family (now A320ceo (current engine option).The letters “neo” stand for “New Engine Option” and are the last step of the modernization program A320 Enhanced (or “A320E”) which was started in 2006.
According to Arrindell this type of aircraft fits perfect into AVA’s operations on an East West hub.