“On June 12th, I was contacted by a group of fifteen concerned employees of the Maho group. During a meeting with them, I was informed by the employees that on June 9th, 2016, they received a combined termination & new contract document. In addition to the aforementioned document, staff also received a memo from the assistant General Manager, Mr. Jack Schultz who
indicated that all employees would be terminated from the current employer and transferred to a new company effective June 13th, 2016.

Member of parliament Emmanuel through the chairlady of parliament has submitted a formal request to the Minister of VSA, the Honorable Emil Lee, requesting to be provided with answers to the following: 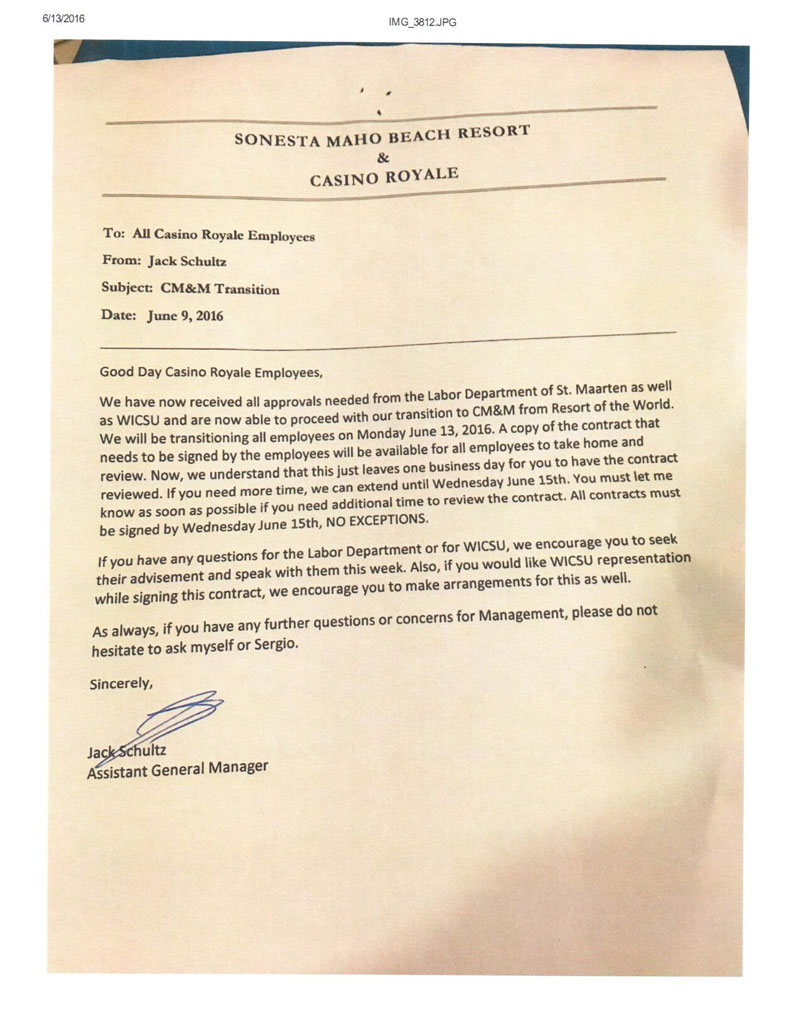 MP Emmanuel noted, “I am very much concerned with the manner in which the developments are taking place.” MP Emmanuel was also informed that several hotel employees were intimidated into signing the document that was provided to them. The member of parliament informed the employees that the matter has the full attention and he will be requesting the minister to urgently look into these developments, for they go against the principle of “Collectief Ontslag & Toestemming beëindiging arbeidsovereenkomst” of the civil code. Emmanuel also questioned the role of the employee representatives (union) in this matter. For the memo received
by the staff on June 9th, 2016, indicates that the union provided their blessing for the collective
dismissal of staff.