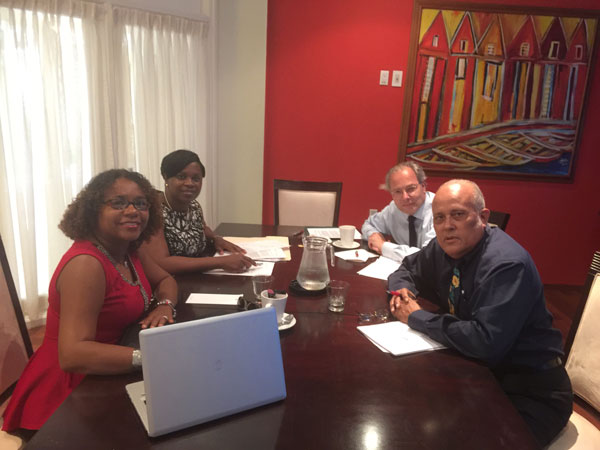 MP Leona Marlin-Romeo is eager to inform the public of Sint Maarten of the following, the attendance at the Dutch Civil Affairs congress in the Netherlands clearly identified the need for Sint Maarten to modernize its services as there is a growing technological gap between the Netherlands/BES islands (Bonaire, St. Eustatius and Saba) and Sint Maarten.

The Member of Parliament also visited Curacao after being selected to sit on the nomination committee to select the next chair of the PIVA platform.

A platform that is governed by a covenant between the six islands for the improvement of the quality of the Civil Registries, exchange of information with the partners, uitgifte (Issued) passports and the development of policies.
Bi-annually all partners meet including the Cabinet of the Governor, Rijksdienst voor Identiteitsgegevens and the Ministry of BZK.

The covenant will have to be reviewed and amended stated the Member of Parliament as the Netherlands Antilles constellation has changed.

Sint Maarten (SXM) will have to delve into key matters such as;
The continuous gaps in legislation that governs the basic administration BES vs SXM, NL vs SXM and depending on certain decisions eventually Aruba and Curacao vs SXM; Its commitment and participation in the platform and prioritizing of the Basic administration.

Member of Parliament Leona Marlin Romeo intends to address these issues among others as critical decisions must be taken on the way forward.

The BES islands are now being provided with resources to modernize their systems and this ultimately benefits its citizens.

Most developed countries are modernizing their systems to increase efficiency and to cut cost. It’s time for the people of Sint Maarten to experience similar improvements in service.